Chicago – Award winning performer Cherie DeVille is back at Pure Taboo, and her latest scene is nothing short of extraordinary. Making her debut in the popular Future Darkly series, Cherie will memorize fans with a performance unlike any other.

In “The Ghost Rocket,” Cherie stars as an extra-terrestrial, who is discovered by UFO nut, Michael Vegas. Michael has always wanted to contact an alien, but his attempts have been failures. So, when Cherie appears out of nowhere, he’s taken aback by her beauty. He takes her home, and Cherie tells him her purpose for visiting Earth – she’s here to get his seed. After seducing him with her mouth, Cherie rides him until she’s deeply satisfied. Michael finds out that the urban legend of alien probing is true, as Cherie takes her turn giving him other worldly pleasure.

This scene was especially exciting for Cherie. She said, “This is one of the most exciting films I have had the pleasure of working on!! Michael Vegas is ridiculously talented and the entire production team completely nailed it from directing to editing I’m so happy I got to be a part of this!! Trust me it’s a game changer!”

Also available is a hot GG scene featuring Cherie on Twistys.com. In “Off Limits,” Cherie has made it clear that her office is not to be entered. Her stepdaughter, Scarlett Bloom, isn’t one to follow rules, and discovers a room filled with sex toys. Cherie catches her, and decides to teach Scarlett boundaries, starting with some lesbian domination.

Cherie is represented by OC Modeling. Directors and producers can contact OCM via their website for bookings. 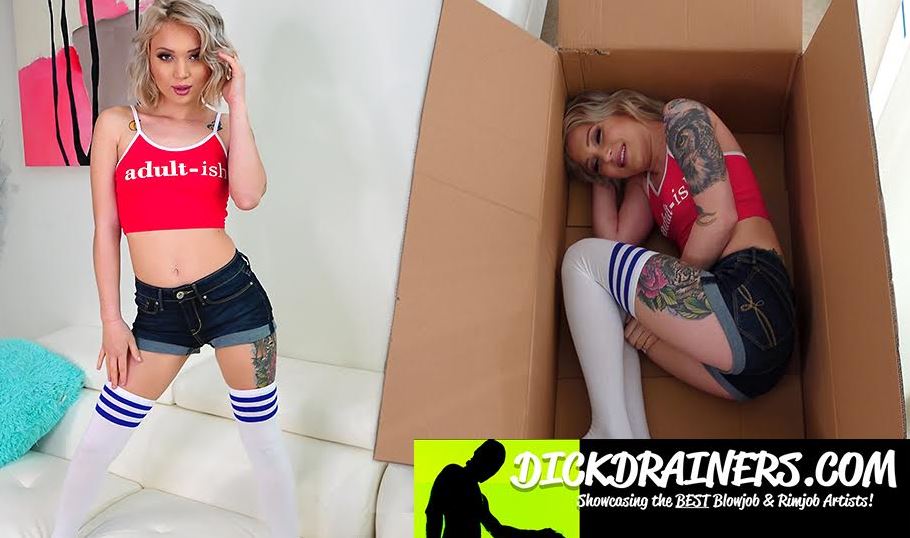