“I love my cover of Xtreme! It’s my second time on the cover, the first time was when I just started feature dancing and all I can say is I’ve come a long way, baby,” says Dillion. “I hope my fans enjoy the new photos and catching up on what I’ve been up to in the last year.”

Beautiful, all-natural Dillion Harper was born on September 27, 1991 in Florida. Harper studied dental care in college before breaking into the adult entertainment industry as a nude model for various adult websites that include Penthouse, Twistys, Kink, Mofos, Reality Kings, Score, Hustler, Brazzers, and Bang Bros. Harper first began performing in explicit hardcore movies in 2012; she has appeared in X-rated features for such notable companies as Wicked, Jules Jordan, Lethal Hardcore Productions, Evil Angel, Girlfriend Films,, Girls Gone Wild, Digital Playground, Bluebird, Shane’s World, Devil’s Film, Diabolic Video, and New Sensations. She has graced the cover of Hustler’s November ’13 issue and Penthouse Forum’s July ’14 issue and has been interviewed for Xtreme Magazine and Men’s Mag Daily. Harper received her first nominations this year for XBIZ Best New Starlet and AVN’s Best New Starlet, Best Boy-Girl Scene and Best Sex Scene. In 2015 Dillion found a new mainstream audience when she became a Paul Heyman girl on www.HeymanHustle.com. Since then she nabbed the cover of the July/August issue of Girls of Penthouse Magazine and has starred in Cinemax movie, Eve’s Secret and Showtime movie, Southern Hospitality. Last November at first Pornhub awards Dillion got “Prettiest Pussy” of the year, was voted by fans

Recently Dillion became independent from agents and created her own brand of merchandise (clothing, hats, usb drives) that currently available in colorful variety and shipped worldwide at www.HotGirlsInc.com Fans can purchase their own Dillion Harper Fleshlight at www.Fleshlight.com

Sarah Jessie Featured On the Cover of STRIPLV Magazine 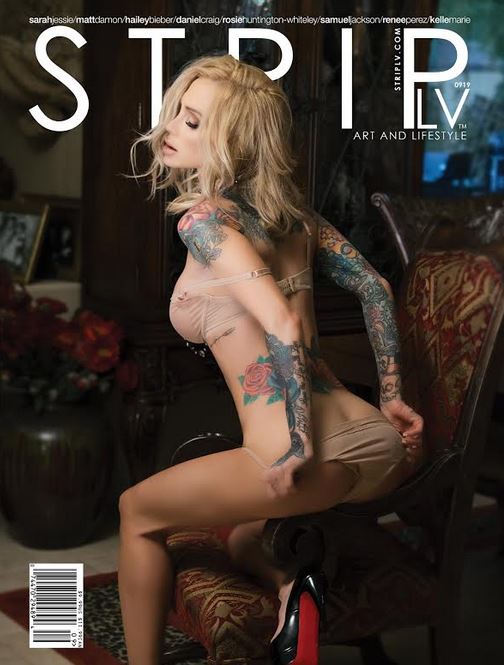