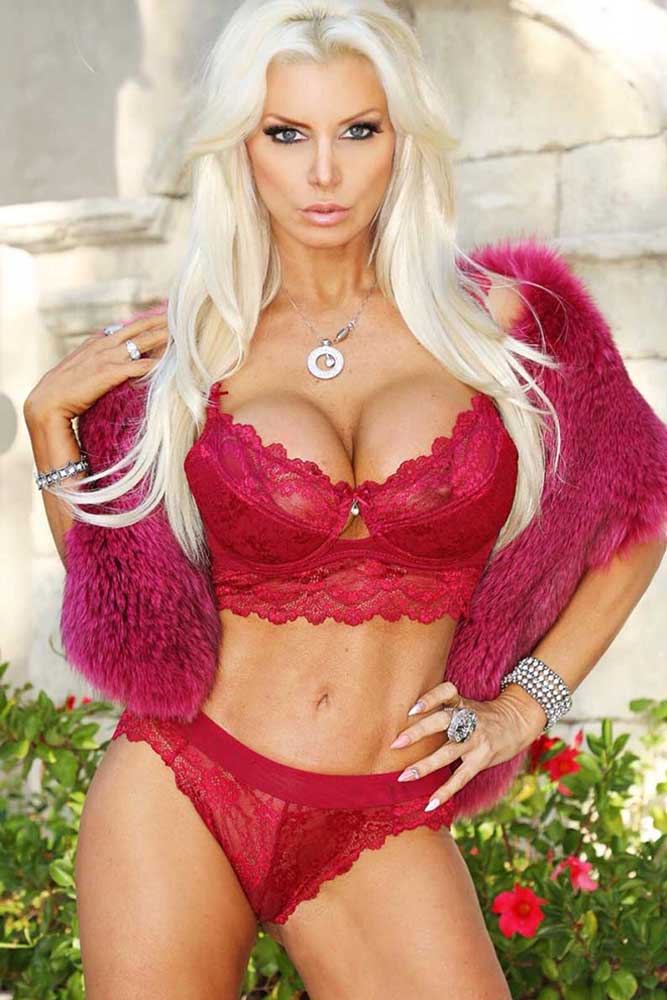 To say Brittany Andrews has done it all would be an understatement—she’s an award-winning adult industry icon and two-time Hall of Famer, the world-famous, jet-setting DJ BritStar who’s entertained all over the world, Multi-Award-Winning Independent Film Producer and Director, and highly entertaining comedienne.

Brittany got her start in the adult realm as an exotic dancer. The big-titted, blonde-haired, blue-eyed stunner had the classic adult star look—she began her career in adult films after meeting Jenna Jameson during a photoshoot for Hustler magazine in Jamaica. With over 600 scenes during both her stints in adult, she’s worked for all the top-shelf studios, won Favorite Domme from AVN in 2022, and been nominated for Best Actress, Best Supporting Actress, Best Fetish Director, Crossover Star of the Year, Hottest MILF, Fetish Performer of the Year, and nominated for her scene work. In 1997, she launched BritCo Pictures in Los Angeles. She owned and operated it for over 10 years, and released many highly sought-after series, including Brittany’s Exquisite Feet line and her best-selling and controversial series, Brittany’s Bitch Boyz.

Brittany hosted over 10 of the Playboy Channel’s best productions such as Nightcalls, Nightcalls 411, Hot Rocks, Inside Adult, Adult Stars Flying Solo, Playboy’s Hard Drive, and Sexcourt. She also held the coveted title of The Sexpert for over 10 years on a variety of shows.

Brittany continues to be a mover and a shaker and takes the international club scene by storm as DJ BritStar with her turntables, traveling the globe, and spinning alongside John Digweed, Rob Base, James Zabiela, AfroJack, and countless others. Link to all of Brittany Andrews’ social media, premium social media, and more at allmylinks.com/DJBRITSTAR.