“Ricky weaves together an unsettling mystery where gorgeous college coeds are disappearing in the woods one by one,” said Mile High Media Vice President Jon Blitt. “It’s a perfect combination of suspense and intense lesbian passion from our talented cast of adult superstars.”

“Terror Camp” begins in June of 2017 when a group of college students hike out to the Los Padres Forest, hoping to find evidence of a local urban legend. But after the first night, their professor (Alexis Fawx) goes missing. Aidra (Aidra Fox) believes her classmate Cecilia (Cecilia Lion) is playing games with her and is trying to sabotage her research. But when weird noises are heard at night and more people go missing, Aidra with the help of her friend Charlotte (Charlotte Stokely) decide to leave camp and investigate further into the woods – never to be seen again. A few years later, the missing students’ video and cell phone footage is unearthed and their story is now finally revealed.

Shot in HD, the DVD features four scenes of lesbian sex, as well as a slide show of exclusive photos, behind-the-scenes footage, animated chapter index, no regional coding, and more.

Wed Oct 2 , 2019
Also Stars in Blacked Raw’s ‘Wanna Meet Up?’ Chicago – Alice Pink isn’t greedy, but if the opportunity to take two cocks instead of one presents itself, the girl is certainly going to jump at it. The Minnesota girl does just that in One Is Not Enough, a brand-new DVD from […] 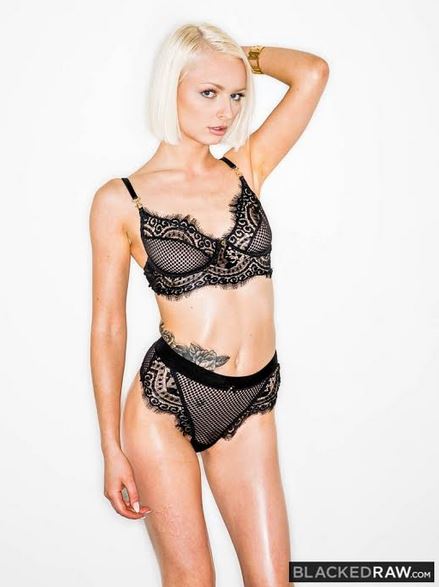