Chicago – Busty, buxom brunette Brooklyn Chase is giving the girlfriend experience in her new Tonight’s Girlfriend scene. And in her brand-new Naughty America scene, she’s taking one for the team to save her husband’s job.

In Brooklyn’s latest scene for Tonight’s Girlfriend, she’s giving Stirling Cooper the GFE. When he arrives, she asks why he called her for his first time. He confesses he likes busty women and had to have Brooklyn when he saw her photos on the agency site. Once they get down to business, their chemistry is instant, and the scene is pure fire. It’s a night Stirling and the viewers won’t be forgetting any time soon. Watch the trailer and exclusive scene at  tonightsgirlfriend.com/scenes/brooklyn_chase_oils_her_tits_up-25628/?&nats=4.10025.58.80.2.0.0.0.0.

Brooklyn’s newest scene is for Naughty America’s Big Cock Bully site. Brooklyn’s husband Mike has been fired from his job. She calls his boss Jason Brown on the phone, who requests she come over to talk to him. Her husband might need his job back, but Jason needs his dick sucked and wants her to change into some lingerie. Brooklyn agrees to a BJ and modeling session. Once Jason gets that, he tells her it’s just the beginning, and he’s not quite sure how far they will have to go to make it right. She knows it’s so wrong, but it feels right. If Brooklyn’s husband gets his job back, what’s the harm? Check out the trailer and member-exclusive scene at naughtyamerica.com/scene/brooklyn-chase-takes-a-huge-black-cock-to-save-husbands-job-25636?nats=AdsterraRetag.10025.8.233.0.0.0.0.0.

“Both Stirling and Jason were incredible to work with. The acting in each scene was quite believable, and sex was beyond hot. If you’re not a member of one or both sites, you’re missing out—it’s the only way you can watch these scenes until they come out on DVD,” says Brooklyn Chase.

To interview Brooklyn Chase for your site, show or publication, contact Erika Icon of The Rub PR at erika@therubpr.com.

Keep up with all everything in Brooklyn’s world by following her on Twitter @brooklyn_chase, Snapchat MsBrooklynChase, and Instagram @missbrooklynchase. Talk dirty & sext with her on Dreamlover dreamlover.com/BrooklynChase. Watch her live cam shows at camsoda.com/brooklynchase. Go BTS on set by subscribing to her Only Fans onlyfans.com/thebrooklynchase and Premium Snapchat fancentro.com/brooklynchase, join her official PUBA site brooklynchase.com and buy exclusive clips on ManyVids Brooklyn_Chase.ManyVids.com. 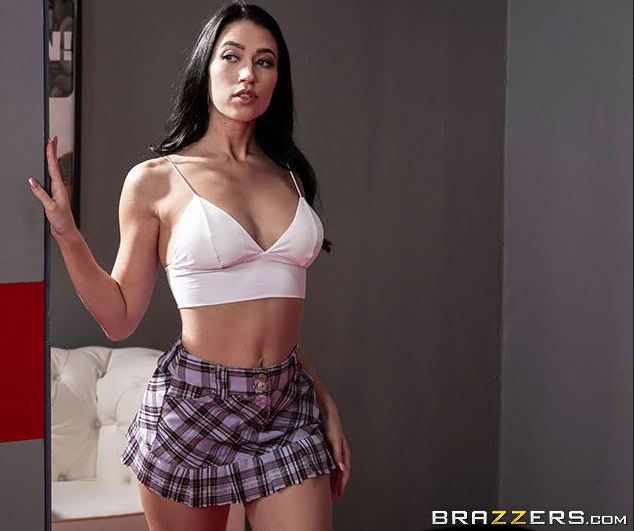