All grown up: the curly-haired starlet portrays a seductive nymphette who’s willing to lose her innocence to her sister’s boyfriend!

Chicago – Super-petite blue-eyed 19-year-old Allie Addison headlines DickDrainers’ latest pervy IR release. The very sight of this curly-haired Lolita sends her sister’s boyfriend into a haze of lust in the new scene, which is available online through the DD official website.

My girlfriend and I have been dating for about a year now. It’s been going ok, but I have a confession to make . . . and it’s kinda bad.

When I went to my girlfriend’s house for the first time, I met her parents…and her younger sister Allie. And ever since then, I can’t stop thinking about Allie. She’s just so fuckin’ cute! Sexual thoughts about her cross my mind all the time. I can’t help it. If you looked in that girl’s blue eyes you would have the same thoughts too.

When I arrived at my girlfriend’s house today, even though we were supposed to go shopping, she wasn’t there, and neither were her parents . . . but Allie was there . . .

Allie’s co-star, DD honcho Branden Richards said, “A few minutes after I first saw Allie, I messaged her agent to get her on set. With those curls and eyes and mischievous smile I knew that she would deliver a scorcher of a scene, and I was right! She’s a tiny lil thing, but she’s filled with personality and sexual energy. She’s quickly become one of our favorites, which is why we’ve already filmed her twice and have a lot more planned with her as well!”

“I had a really great time on set, lots of fun!”, said Allie Addison. “Totally was not expecting to be dicked down like I was. It had me wet the whole dang day. [laughs] One of my favorite dicks so far!”

“Tiny Young Teen’s Virginity Taken By Big Black Dick!” has a runtime of 55 minutes and is available for streaming and download here ( http://dickdrainers.com/tour/trailers/Tiny-Little-Teen-Grows-Up.html ).

Find out more about DickDrainers at the studio’s online hubs:

Fri Oct 11 , 2019
Chicago – The Clips4Sale Legal Zone covers all the hot legal issues that affect the adult industry. The next upcoming Legal Zone is this Monday, October 14th, at 4pm EST/1pm PST. Clips4Sale owner Neil and premier IT attorney Corey D. Silverstein will be joined by guest attorney Larry Walters. The […] 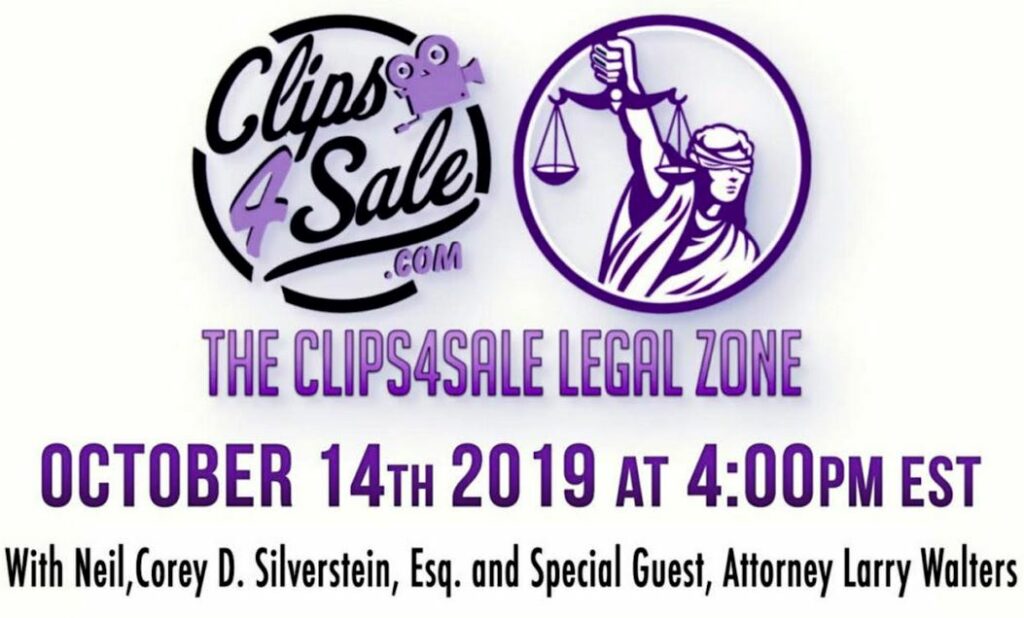