Chicago – Lesbian adult film company Girlfriends Films has announced the return of girl/girl series Bad Lesbian with the release of new title Bad Lesbian 11. Featuring over 2 hours of all-girl scenes, this movie is currently available on DVD at the Girlfriends Films Distribution website and is scheduled for release in stores today.

“Whitney Wright is back and you’ll be seeing more of her at Girlfriends,” the director explains. “She is a rare performer who truly loves what she does. I really like working with her and love her acting ability. Whitney is incredibly good at creating the character and then the build-up of a scene, making it believable.”

Wright is paired with Kit Mercer in the film, while fellow cover model Janson is matched with Megan Holly, who makes her girl/girl debut. “This was Megan’s first time doing a girl/girl scene and she was very impressive,” Skow notes. “You can tell she loves girls and she had a lot of fun. We will definitely plan on bringing her back.”

Also back for more all-girl action is Daisy Stone (Cheer Squad Sleepovers 30). For this new release, B. Skow chose Kenzie Madison as Stone’s Bad Lesbian scene partner. “Kenzie keeps getting better every time she comes back,” Skow adds, “she has an amazing personality and I really enjoy working with her.”

Headlining the film is Abigail Mac, and her scene partner – the incomparable Bridgette B. This is one of two new Girlfriends Films releases for Abigail Mac this week, along with Lesbian Seductions 68, marking her return to the all-girl studio after about a year. “It’s great to have Abigail back at Girlfriends,” Skow says. There’s no question about it, she is one of the best performers out there and we really enjoy having her on set.”

The previous entry to the series Bad Lesbian 10 was nominated Best Girl/Girl Release at the 2019 Urban X Awards.

Behind the scenes images here: http://www.girlfriendsfilmsnews.com/bad-lesbian-11/

Fri Oct 18 , 2019
Chicago – All-natural, blue-eyed, busty starlet Anastasia Rose has a brand-new scene on Team Skeet’s Bad MILFs site with Ryan Keely and Jake Adams—her takeaway from the experience is that sharing is caring. “Sharing the Creamy Load” opens with a depressed Jake Adams. His girlfriend broke up with him, but […] 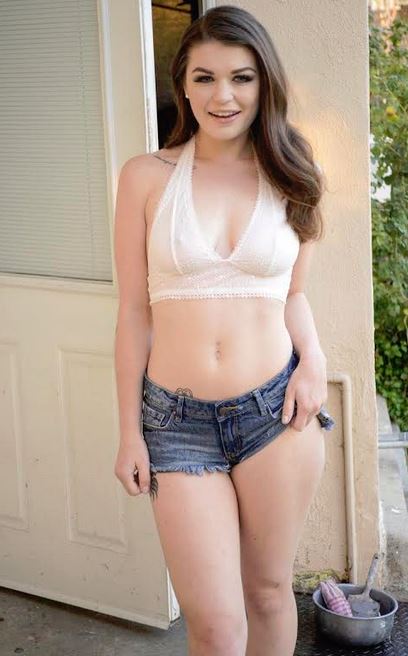