Chicago – Exotic, stunning, and extremely fit British Indian webcam model, adult star and mainstream actress Sahara Knite has been busy booking a ton of top-secret mainstream projects. But, she took time out of her busy schedule to do an exclusive interview with VPorn Blog.

The 15-question exclusive asks her all the questions that you want the answers to, including how she got in the biz, how it’s changed her life, her fantasy fuck, the one phrase you should never say to her, and much more. Plus, the interview clues you into where you can see Sahara in Game of Thrones (GoT), so you don’t have to watch every episode in Season 1 for her infamous lesbian scene. Her VPorn Blog interview also is accompanied by some smoking hot SFW and definitely NSFW photos. Check it out at blogvporn.com/pornstar-interview-sahara-knite.

“I can’t wait until I can talk about the new mainstream projects that I’m working on, which should debut in early 2020,” says Sahara Knite. “I love dabbling in both the adult and mainstream worlds—each fulfills a different side of me.”

Sahara also recently filmed some girl/girl scenes for Harmony Films based out of the UK. Look for her scenes to debut in the next few months on DVD and VOD.

Sahara is self-booking. Get the details of how to get her on the set of your European production by going to saharaknite.co.uk and clicking on the “Booking Info/Form.”

Fri Oct 25 , 2019
Chicago – Exotic, petite Japanese adult star and YouTube sensation Marica Hase has been on a F@ck Cancer crusade since she was diagnosed. She’s beat it and wants to help others do the same, and that’s why she’s become a cancer ambassador and has designed her own line of F@ck […] 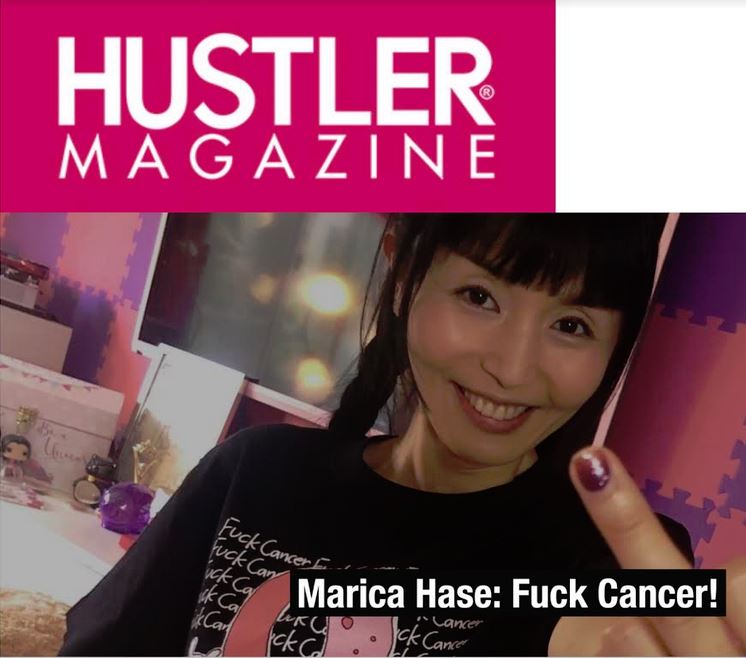