Thursday is rough! But let’s go with Oakland. Vikings over Dallas for sure. Monday will be a great game but I’m saying San Francisco, keep that undefeated going!

I think Oakland beats the chargers. Minnesota over Dallas, San Fran over Seattle.

Minnesota Vikings @ Dallas. I need the Vikings to get pounded…hard!  I’m taking the Cowboys!!

Seattle Seahawks @ San Francisco. Does anyone really like neon green uniforms? I’m taking  the classic red and gold and the 49ers!

LA Chargers @ Oakland – The Chargers played their best game of the season blowing the doors off the Packers last Sunday. With a win Thursday, the Raiders can get above .500% and still have hopes for a wildcard. Chargers 30 Raiders 24

Baltimore @ Cincinnati – The Ravens gave the Patriots their first loss and looked very impressive doing it. The Bengals are the worse team in football. Ravens 31 Bengals 7

Buffalo @ Cleveland – The Browns are the most disappointing team in the NFL. Unless things turn around, Coach Freddie Kitchens could be fired. The Bills are looking to solidify a wildcard spot playing another weak opponent. Bills 27 Browns 20

Detroit @ Chicago – The Bears offense has been MIA. Case in point, they had 9 yards in the first half against the Eagles. Things don’t look to improve any time soon. The Lions aren’t great but they at least have a semblance of an offense. Lions 27 Bears 17

NY Giants @ NY Jets – The Giants played the Cowboys tough for a while Monday Night while the Jets lost to the previously winless Dolphins. Giants 20 Jets 17

Arizona @ Tampa – The Cardinals offense is picking up while their defense is still the weak link. Jameis Winston had a great game against the Seahawks in the Bucs defeat. This could be a high scoring affair. Tampa 34 Arizona 30

Atlanta @ New Orleans – No reason to think the Saints shouldn’t blow the doors off the Falcons. Saints 37 Falcons 24

LA Rams @ Pittsburgh – The Rams defense is playing better while the Steelers still hold out hope for a wildcard. Rams 27 Steelers 20

Carolina @ Green Bay – Don’t expect the Packers to play as poorly as they did in their blowout loss to the Chargers. But they’ll still have their hands full with the Panthers. Packers 31 Panthers 27

Minnesota @ Dallas – Kirk Cousins chokes when the lights are the brightest. Dallas has to eliminate the turnovers if they want to avoid an upset. Dallas 34 Minnesota 24

Seattle @ San Francisco – Shaping up to be a great game. Jimmy Garoppolo had a great game against the Cardinals and will have to turn in a similar effort against the Seahawks. The Seahawks need this win to catch the 49ers in the standings. 49ers 27 Seahawks 24

Thu Nov 7 , 2019
Chicago – New performer, Linzee Ryder, continues to add more scenes to her resume, and this time she visits FTVMILFS.com for some sexy solo action. If you want to see Linzee with no distractions, then you’ll certainly enjoy these scenes. In 64 minutes of video and a photo set including […] 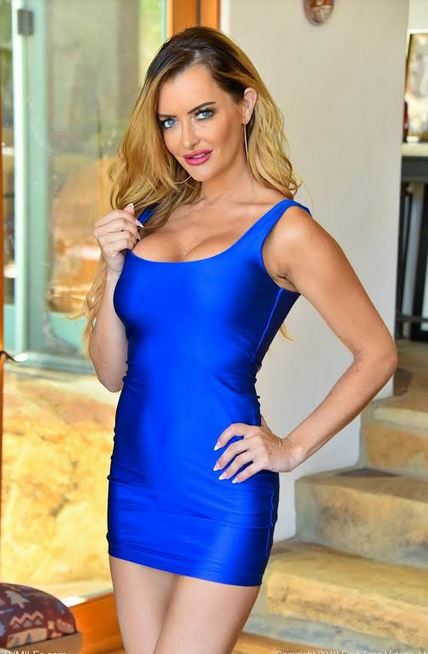