Chicago – Prolific adult performer, director, and producer Lance Hart is ready to rock Sin City with appearances at the GayVNs, Adult Entertainment Expo (AEE), and AVN Awards, plus he’s up for a ton of award nominations.

The GayVNs are set to take place at The Joint in The Hard Rock Hotel & Casino in Vegas. Lance will walk the red carpet, attend the awards, and find out if he takes home one or more trophies. His Lance Hart Studios/Joy Media Group release Gay Super Villains earned a Best Fetish Scene nod for his scene with Michael DelRay and Dante Colle. He’s also up for Best Bi Sex Scene, which he won last year—this time he’s up for his scene in Devil’s Films’ Bi-Sexually Active 3 with Petra Blair and Michael DelRay. Plus, Lance is also up for the fan-voted category of Favorite Butt.

On Friday, January 24th, Lance will be signing for two hours at the AVN Stars booth in Muse Hall. His fans can meet him from 4pm to 6pm and get a selfie with him and/or get some of his swag.

“I’m honored to be up for so many GayVNs and AVN Awards, as well as signing at the AVN Stars booth. This is an exciting time of year with some many incredible events that I’m thrilled to be a part of,” says Lance Hart.

To interview Lance Hart during AEE for your site, publication, or show, contact Erika Icon of The Rub PR at erika@therubpr.com.

Fri Jan 17 , 2020
Chicago – Actress, model and performer Maitland Ward was honored with three 2020 XBIZ Awards for excellence in adult film over the past year. The stunning redhead was awarded a trophy for Crossover Star of the Year, as well as Best Actress – Feature Movie and Best Sex Scene – […] 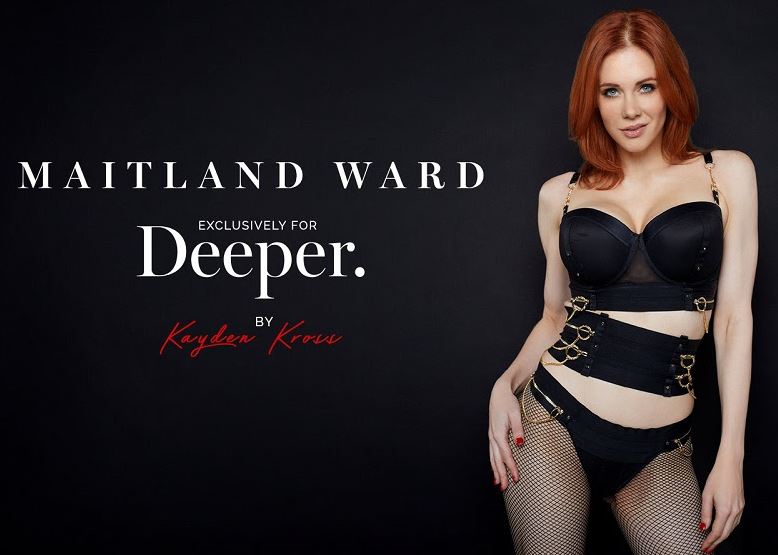