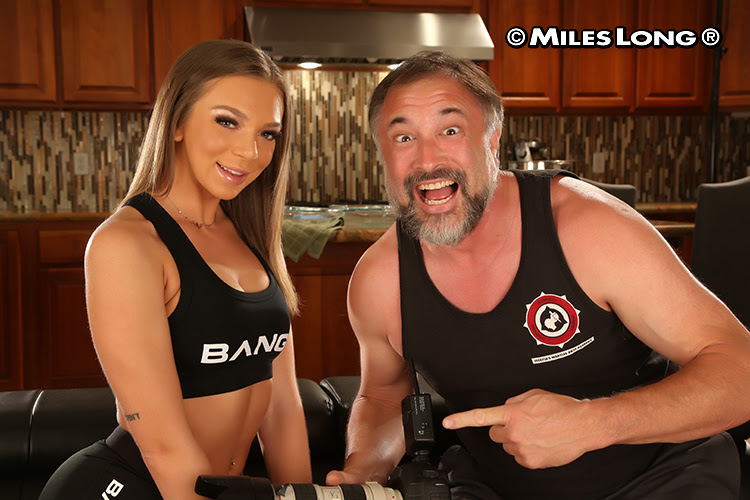 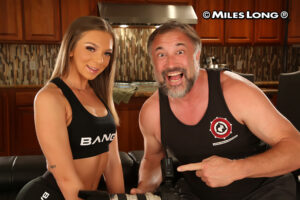 Petite blonde beauty Macy Meadows goes on a wild camping trip with Seth Gamble and makes a mess of their tent in ‘Macy Meadows Gets the Whole Inside Wet with Squirt from Hard Fucking!’.

“There’s a lot to love with these two new scenes from Bang.com, starring two of the industry’s most exciting up and comers,” said Long of the no-holes-barred releases. “What better way to keep the cold winter chill at bay than to fire up these hot performances on your home screen?”

In addition to his directorial duties, the multi-talented Long recently sat down for a chat with buxom redhead Lauren Phillips in the latest issue of NightMoves magazine as part of his monthly ‘Miles Long Up Close and Personal with…’ interview series, which can be found at NightMovesOnline.com.

Miles Long is well-known as an in-demand performer/filmmaker in the adult industry, with a résumé spanning two decades alongside the biggest stars in the business. In his lengthy career, Long has earned ten award wins, 84 nominations and three Hall of Fame trophies (from AVN, Urban X and XRCO) to cement his status as legendary talent.

In addition to his successful cinematic endeavors, Long is also a well-known automotive and motorcycle enthusiast with a stable of sponsored and award-winning show bikes and cars that he has hand-built himself in his spare time including: his Team PPI sponsored Noble M400 supercar with a monster custom stereo system, his dual bottle nitrous kit Drag Chopper which has been featured in commercials and booths at CES and SEMA and his one of a kind 2004 Subaru Forester LH drive STi Conversion which won the 2019 ‘Best Forester’ at Subie Invasion in Las Vegas. Learn more about Miles Long at mileslong4real.com.