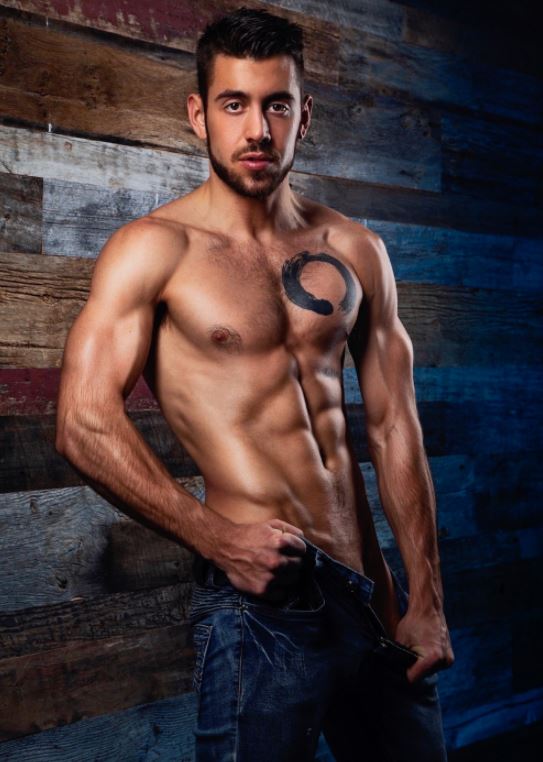 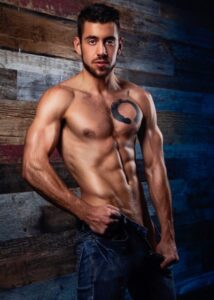 Chicago – Multi-award-winning, sexual fluid adult star and leading man Dante Colle can add another trophy to his growing list of accolades, and this time, it’s for his scene work and from the GayVN Awards.

Hosted by Alec Mapa and Sherry Vine, the 2021 GayVNs took place virtually on GayVn Stars. Tons of adult stars were in attendance and ready to accept their awards in a total of 29 categories, including Dante. Dante took home his second GayVN Awards trophy of his illustrious career, and this time it was for Best Bi Sex Scene for WhyNotBi’s “The Elevator Goes Both Ways” with Kaleb Stryker and Maya Bijou. The scene’s plot revolves around two professionals (Dante and Kaleb) who get passed over for promotions. The boss’ girlfriend (Maya) is also pissed. The three take advantage of an elevator malfunction and have a hot three-way.

Dante’s first GayVN Awards win was in 2020 for Best Actor for his role in Falcon/Raging Stallion’s At Large.

“I was bummed that we couldn’t all be there together for the GayVN Awards show. It was an amazing scene, and it would have been cool to go up on stage with Kaleb and Maya to accept the award. I’m honored to have won and hope in 2022 we can all be there in real life,” says Dante Colle.

For a list of all the 2021 GayVN Awards winners, go to avn.com/business/articles/gay/2021-gayvn-award-winners-announced-895380.html.

Dante Colle is self-booking. Get him on your set with no fees by emailing him at dantecollemodeling@gmail.com.

To interview Dante for your site, publication, or show, contact Erika Icon of The Rub PR at erika@therubpr.com.

With rugged good looks, unforgettable on-screen performances, and stellar acting skills, Dante Colle is the performer everyone wants on their set. The sexually fluid adult star is known as hippie in the streets for his RV living, health-centric lifestyle, sense of adventure, flying down the highway on his motorcycle and skydiving, and GQ in the sheets for his ability to envelop any character and still be a professional in bed.

Dante got into the industry by responding to a Backpages ad for Corbin Fisher and was exclusive for his first four years in the biz. Since then, Dante has worked for some of the top straight, trans, bi, and gay studios, including Adulttime, Bellesa, Babes, Burning Angel, Deeper, MissaX, Pure Taboo, SexLikeReal, Evil Angel, Falcon, Grooby, Kink.com, Men.com, Noir, TransSensual, and Trans Angels.