Transsensual’s ‘My TS Stepsister 4’ Is Now on DVD 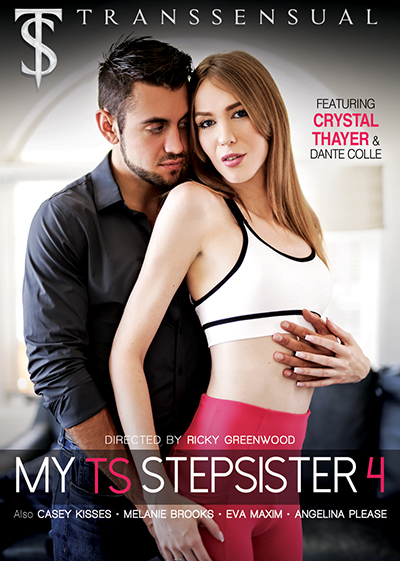 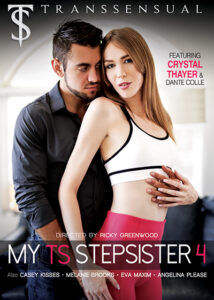 For the trailer, cast list and more, visit http://www.milehighonline.com/product/movie/5300

“We are pleased to present this outstanding new chapter of ‘My TS Stepsister’ on DVD,” said Mile High Media Vice President Jon Blitt. “Cover model Crystal Thayer brings the heat in her debut scene for us as the lustful stepsister exploring her forbidden passions. Ricky Greenwood proves he is deserving of his Trans Director of the Year award, deftly capturing the intense action and inspiring the very best from the performers.”

“My TS Stepsister 4,” begins with Peter (Roman Todd) and his trans stepsister (Melanie Brooks) as they watch TV when Peter realizes she is stroking her member, he decides to help her release some sexual tension back in their room. Next, after time apart, Bill (Dante Colle) makes a surprise visit back and finds his sister (Crystal Thayer) all grown up and they decide to recreate the night of passion they had before he left.

In scene 3, Angeline (Angelina Please) is practicing her dance moves for social media when her stepbrother (Dillon Diaz) asks why she needs so much attention from strangers when he’s been wanting her for a long time. Next, Kenna (Eva Maxim) throws her sister (Casey Kisses) a bachelorette party when Kenna “accidentally” spills champagne on Casey as a way to get her away from the party and finally put her mouth on her big unit.