The four scene pairings for this new title that runs over 2 hours in length include Becky Bandini and Gia Derza, Danni Rivers and Candice Dare, Daphne Dare and Texas Patti, and Dava Foxx with Alex Coal.

Dan O’Connell directed the previous installment to the series entitled Lesbian House Hunters 18. The film starred featured Aidra Fox in two scenes; one opposite fellow cover model Romi Rain and the other paired with Ryan Keely. As a precursor to the newest release in the critically acclaimed series Girlfriends posted a behind-the-scenes look at the new release on the official Girlfriends Films blog captioned ‘Take a Tour of Lesbian House Hunters 19.’

Lesbian House Hunters 19 can be pre-ordered on DVD at the Girlfriends Films website and is set to hit stores where adult films are sold July 26.

Thu Jul 25 , 2019
Chicago – Cam sensation and adult star Ginger Banks opened up and got brutally honest and emotional on popular adult industry podcast, Holly Randall Unfiltered and fans may listen to the episode here https://www.stitcher.com/podcast/holly-randall-unfiltered/e/62767037?autoplay=true “I was really impressed by not only Ginger’s willingness to open up in such an intimate way, […] 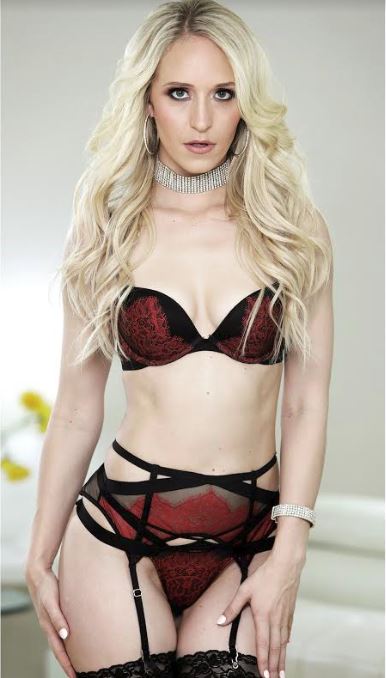