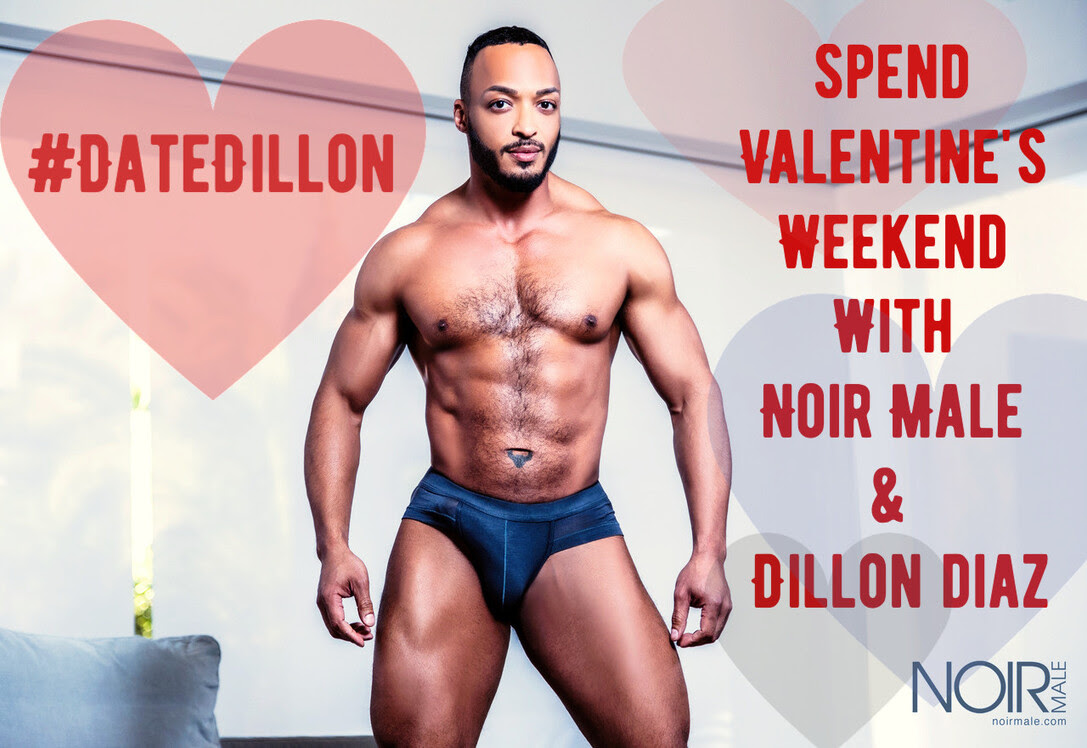 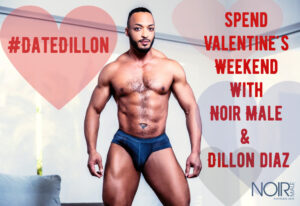 Commenting on his Noir Male #DateDillon Virtual Valentine Weekend, Dillon Diaz says, “I’m very excited to host this event for mine and Noir Male’s fans. Just because we are in lockdown doesn’t mean we can’t take time to enjoy some virtual romance and have some fun!”

Diaz continues, “This is my second time hosting a live IGTV event with Noir Male and it promises to be the best. I can’t wait to interact with everyone that logs in. Plus, I have a very hot mystery man joining us, it will be a date to remember this Valentine’s Day!”

Dillon Diaz #DateDillon Virtual Valentine Weekend begins Sat. 2/13/21 with his takeover of Noir Male’s Twitter and continues throughout Valentine’s Day. Diaz will interact with followers and live tweet exclusive videos and photos, to get everyone in the romantic mood.

Sunday, Valentine’s Day, in an IGTV live date on Noir Male Instagram,11 am PST, Diaz will host thousands of viewers and a very special double-date with a mystery guest. Viewers will have unfiltered access with the two men from their Noir Male fantasies, guaranteeing a smoldering good time.

As Noir Male’s Brand Ambassador Dillon Diaz new role ushers in his directorial debut, offering him expanded duties in front of and behind the camera, enhancing the brand, while writing and starring in scenes to be released in the new year. Diaz will lend his voice and perspective to the studio, engaging with the Noir Male audience, to truly representing men of color and their fantasies.

Dillon Diaz directorial debut will release in March 2021 on Noir Male.com. His soon to release scene with newly crowned GayVN 2021 Performer of the Year, DeAngelo Jackson, is slated for release February 26th, with more to follow.

Dillon Diaz is a multi-faceted adult performer, who in a few short years has reached adult superstar status. Most notably nominated for XBIZ 2021 Gay Performer of the Year and GayVN 2021 Performer of the Year. Diaz is a popular performer for Noir Male, having starred in over a dozen scenes for the studio and was cast in the studio’s first feature Sin City, as well as being named Noir Male’s 2019 April Man of the Month. He can be found on twitter @dillondiaz11 and IG @diazdillon11