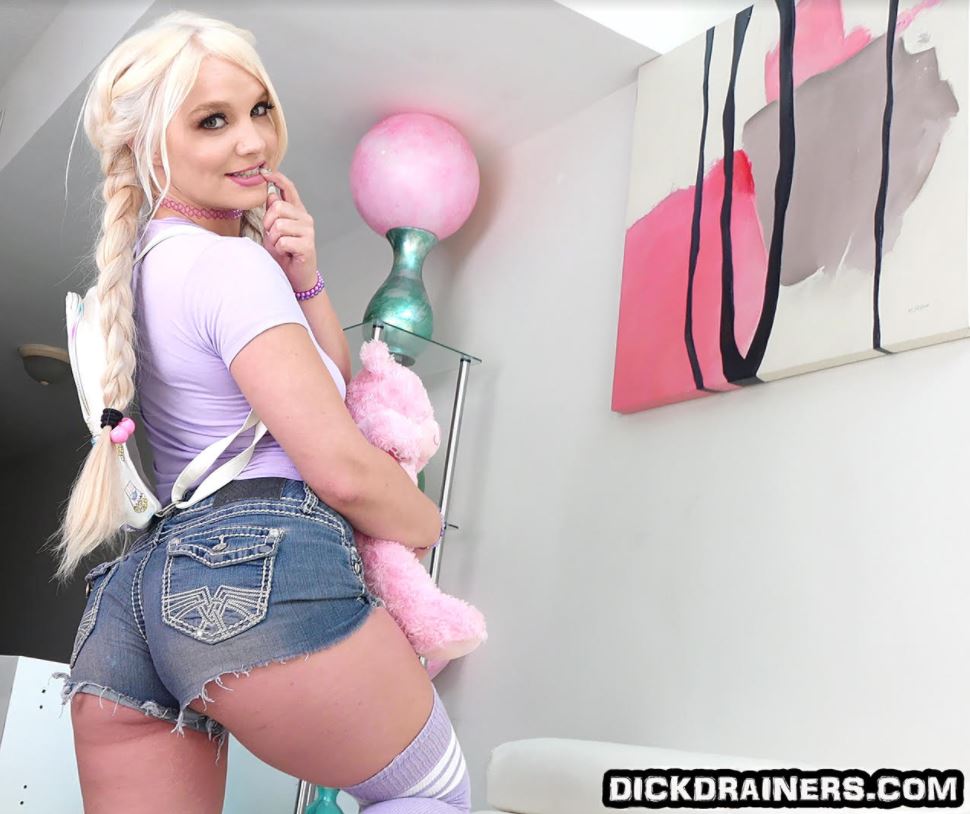 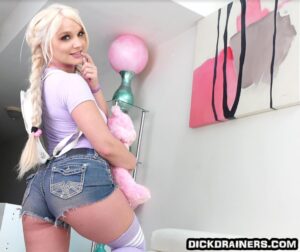 Branden finds himself in a new neighborhood and is thrilled to see an adorable blonde open the door. She says her name is Bella Jane but her friends call her BJ, and mentions that her parent’s aren’t home. Perfect. You best believe Branden’s about to get a BJ . . . and more.

“Naive Blonde Helps Stranger Into Her Asshole!” has a runtime of 46 minutes and is available for streaming and download at the DickDrainers official website ( http://dickdrainers.com/tour/trailers/Her-Asshole-Is-Super-Helpful.html ).