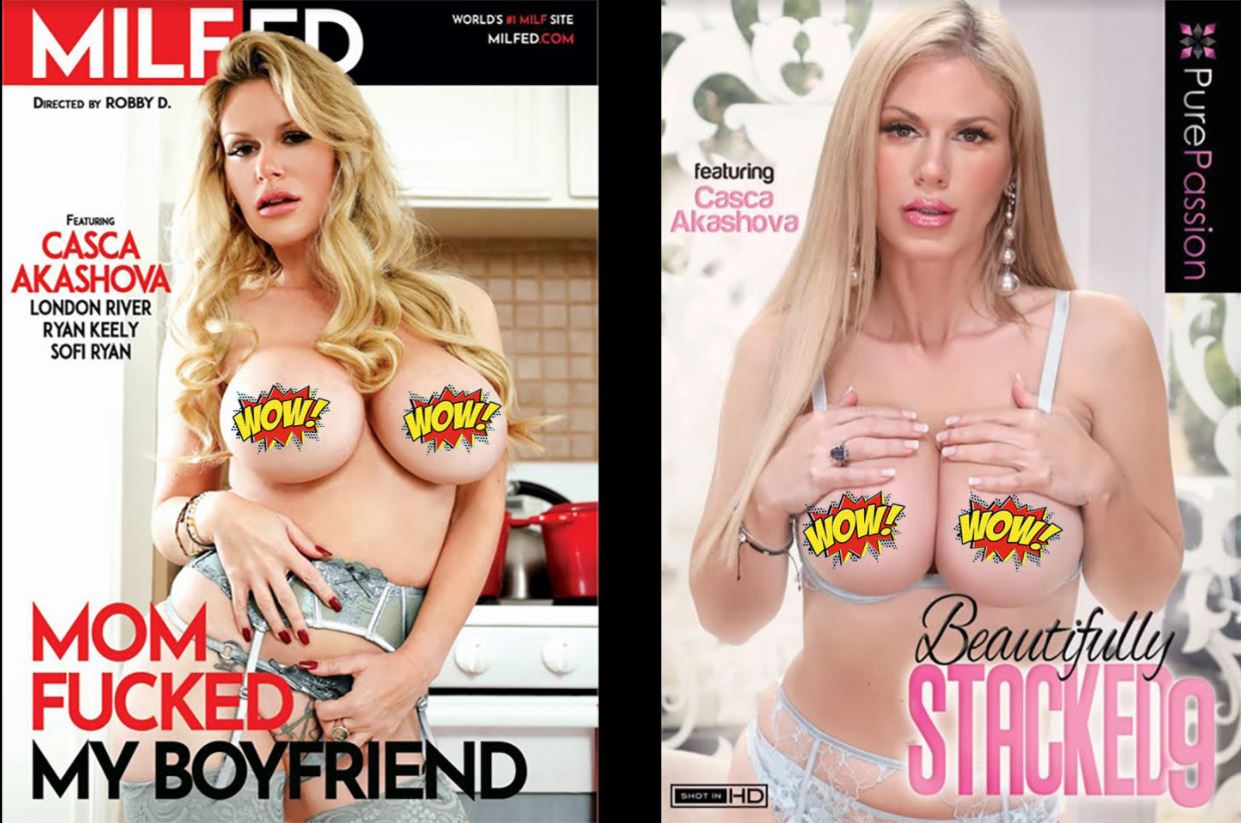 Chicago – Award-winning adult star and glamour girl Casca Akashova is thrilled to have been selected as the cover model for two new sizzling releases.

The versatile performer, who was voted Best New Starlet in December’s Fleshbot Awards, adorns the covers of “Beautifully Stacked 9” and “Mom Fucked My Boyfriend.”

“Being stacked in this scene comes across more ways than one,” said Akashova. “Who wouldn’t enjoy being sandwiched in between my big, beautiful breasts while I bounce up and down? (By the way, that was rhetorical.) Plenty of raw, sensual pleasure was had, so make sure you’re ready… Are you ready?”

“Beautifully Stacked 9” is currently available exclusively on VOD, with the DVD version due later this year. Check it out on Adult Empire by clicking here.

Keep up with the latest from the studio on Twitter: @Passion_HD_Porn

In “Mom Fucked My Boyfriend” from Mile High Media’s MILFED studio, the daughter of Akashova’s character learns the hard way to never bring her boyfriend home!

“‘Selfishness is one the qualities apt to inspire love,’ wrote Nathaniel Hawthorne,” Akashova mused. “I was indeed selfish in this scene.. I just took what I wanted and it just happened to be my daughter’s boyfriend. Oops! My bad.. I am such a naughty mommy in this one.

Born to Russian and Swedish parents and raised in the U.S., Akashova attended private schools and considered a career as a petroleum engineer before dipping an expertly-pedicured toe into the world of adult modeling. Fortes fortuna iuvat (Latin for ‘fortune favors the brave’) reads the tattoo on Akashova’s left hip, and the savvy seductress lives up to the inscription.

Akashova says that what she enjoys most about being an adult performer is “being able to bring fantasy to life. I love being able to throw myself into character and have fun.”

Paisley Paige Gets Her World Rocked at PervCity