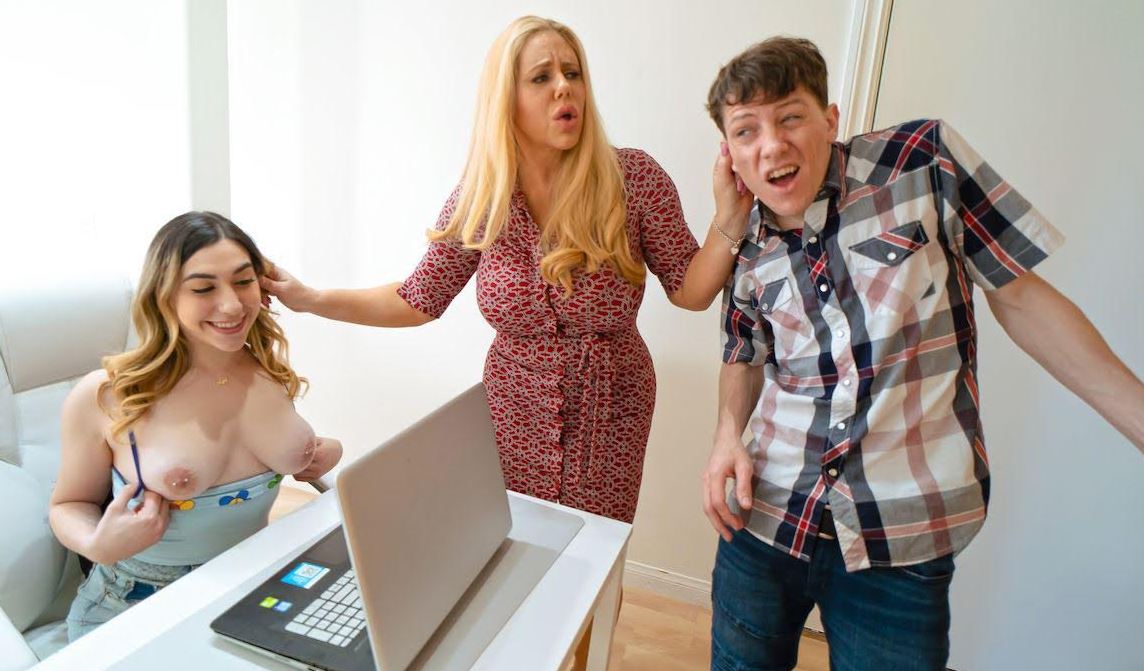 “Fuck Online Schooling” is now available on Family Strokes, part of the Team Skeet network. Karen is a stepmom to step-siblings, Lexi Grey and Rion King. She wakes them up for online school. Both Lexi and Rion get on Zoom with the rest of the school but decide they’d rather be jerking off. So, they flash and wank in front of the whole school via Zoom. After getting caught by the principal, who calls Karen, she decides they need to have a serious talk about sex and learn to do things the right way. Karen gets very “hands-on,” and it ends up being serious family fun that ends in a three-way in the living room. Nothing is taboo behind closed doors with extended family in this scene and on the Family Strokes site.

“I enjoyed my time as MYLF of the Month, and it’s exciting my scenes are still coming out. The Family Strokes scene was a lot of fun to film, and we laughed a lot while filming. The premise is so hilarious, but it’s also sexy, too. I hope my fans and the Team Skeet members enjoy it,” says Karen Fisher.

Watch Karen in “Fuck Online Schooling.” Try before you buy and watch the hilarious trailer. Then join to watch the member-exclusive scene at familystrokes.com/movies/fuck-online-schooling.

Karen Fisher is self-booking. Established directors and studios can contact her Karenfisherxxx@protonmail.com and get her on their set with no agency fees.