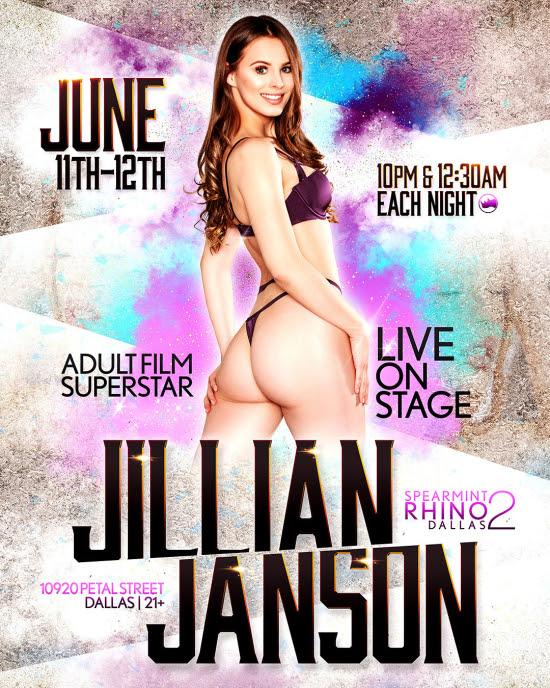 The popular performer makes her featured dancer return with shows on June 11th and 12th.

“I’m so excited to be back on a stage and in front of people,” said Jillian. “I love dancing in front of a crowd and missed it so much. The Dallas fans are going to get a show they will never forget!”

Those who can’t make it out to the Spearmint Rhino appearance can still connect with Jillian via her OnlyFans profile. The naughty hottie shares exclusive videos and images with her subscribers. On OnlyFans, Jillian is also available for direct messages, sexting, and picture sharing. Connect with her at https://onlyfans.com/xojillianjanson.