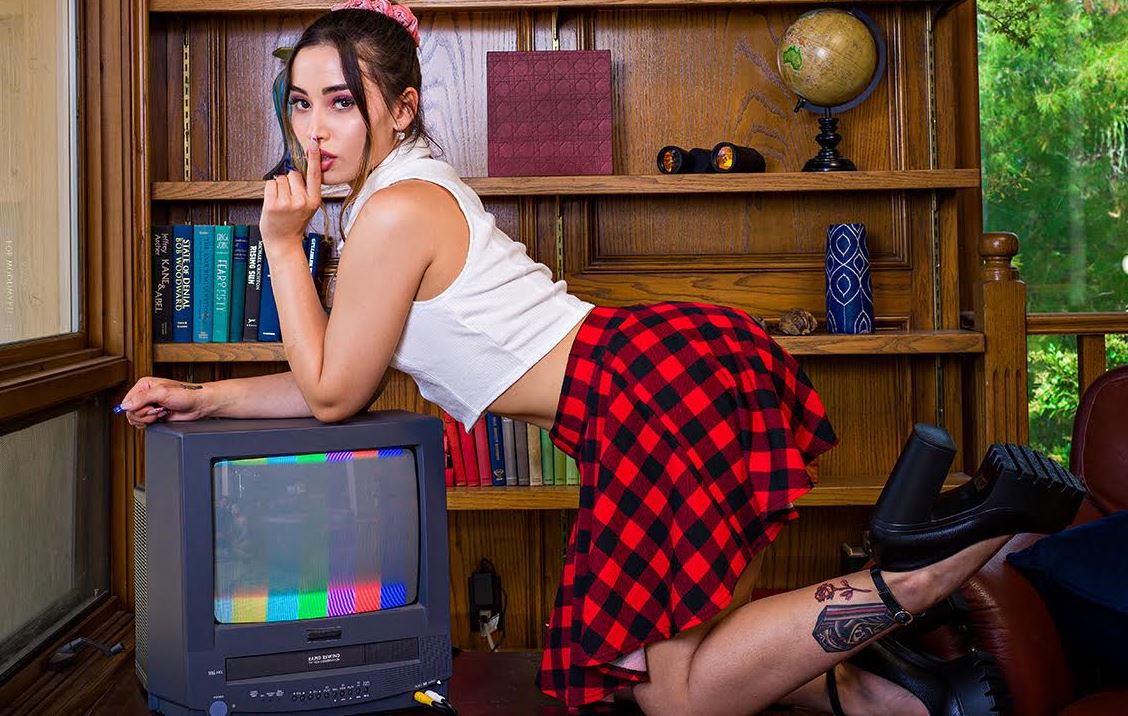 “Aria delivers a spectacularly sultry portrayal as the sexy brunette that gets turned on and horned up by vintage erotica,” OnTheTelly continued. “VR viewers can savor Aria’s intensely passionate performance as the knockout flirts, fellates, and fervidly fornicates in high resolution 6K video. We captured Aria in all her lascivious glory with a variety of raunchy close-ups so that her fans will genuinely be transported into this magnificent starlet’s wet and wickedly naughty world.”

“As Seen on TV” is shot with an extra-wide 200-degree field of vision and includes spatial audio for the most compelling and authentic sex simulation. The scene can be viewed on SexLikeReal.com here: https://www.sexlikereal.com/scenes/as-seen-on-tv-21181

Founded in 2015, SexLikeReal.com is the top destination for interactive virtual reality adult entertainment. With cutting-edge technology and the world’s largest selection of VR content, SexLikeReal is leading the way into the future of virtual intimacy. The platform offers immersive virtual experiences with up to 6K video quality for a variety of VR gear including Oculus Quest 2, Valve Index, and other VR headsets. SexLikeReal is also compatible with interactive sex toy technology like Fleshlight Launch, Onyx+ and Handy. Additionally, SexLikeReal provides one-on-one companionship with a diverse selection of live VR cam performers with its new interactive VR cam feature.