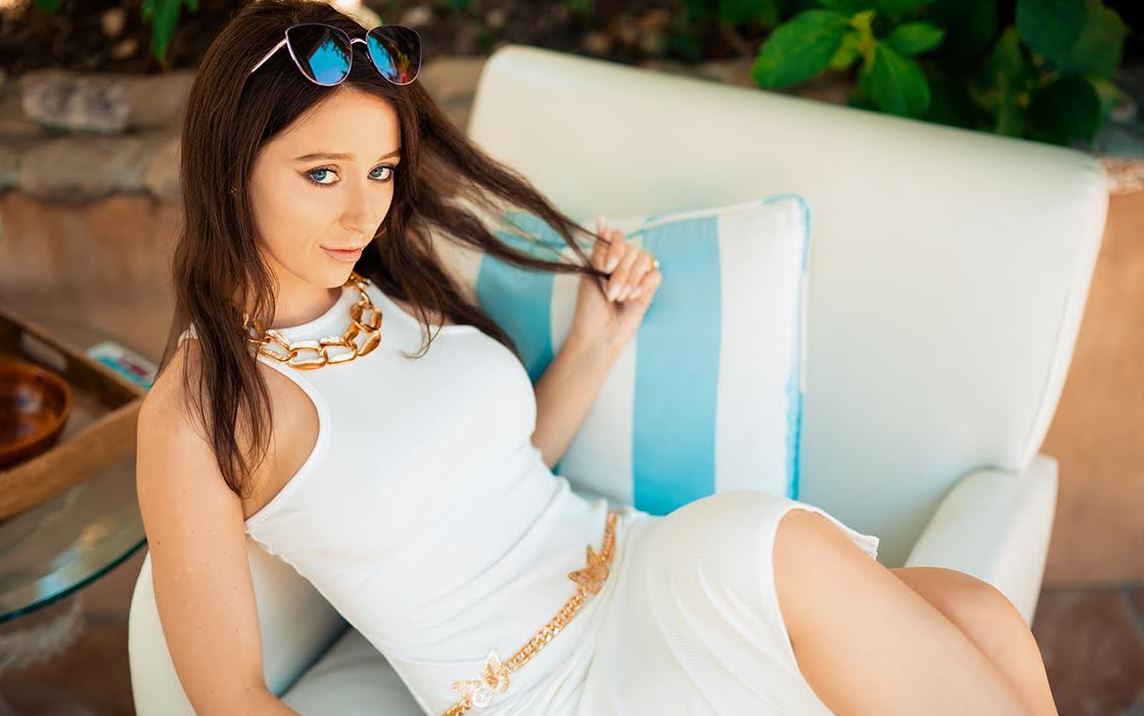 Chicago – “High Society,” a new SexLikeReal Originals production directed by OnTheTelly is now streaming on SexLikeReal.com. The exclusive scene features slender starlet Charly Summer as an aloof socialite caught up in an unbalanced affair with her substantially endowed pool boy. Despite the beau’s infatuation with the upper cruster, the well-heeled woman has no intention of entertaining his romantic aspirations. All she wants is his rock-hard rod, an afternoon of unabashed carnal hedonism, and no baggage or complications once the rapturous tryst concludes.

“In ‘High Society’ VR viewers get a taste of what it’s like to be treated like a piece of meat by a hot young babe,” said OnTheTelly. “It’s a common male fantasy, to be ferociously ravaged by a covetous vixen and used like a human sex toy until your lover completely satisfies herself with your throbbing shaft. We deliver this dirty daydream in glorious 3D with a 200-degree perspective so that viewers can bask in the poolside environment and enjoy Charly’s perky, nubile body from the most realistic and engrossing point of view.”

OnTheTelly praises Summer for her portrayal as the selfish debutante with a penchant for prodigious peckers.

“Charly’s icy aristocrat knows exactly what she wants, and she has no time for anything other than full-on immorality of the most indecent sort,” OnTheTelly continued. “Her incredibly juicy blow job performance gorgeously reflects the character’s stingy desire for pleasure-inducing cock. Additionally, Charly’s self-serving and wildly intense dick riding is nothing less than a marvel to behold. She blissfully writhes and moans as the character grinds mercilessly atop her fleshy, emotionally neglected suitor.”

‘‘High Society’ will most certainly have Charly’s fans coming back again and again to be coldly mistreated and fervently fucked by this breathtaking knockout,” he concludes.

The scene is shot in high-definition 6K video and includes spatial audio for an immersive multi-sensory experience. It can be viewed on SexLikeReal.com here: https://www.sexlikereal.com/scenes/high-society-21541

Founded in 2015, SexLikeReal.com is the top destination for interactive virtual reality adult entertainment. With cutting-edge technology and the world’s largest selection of VR content, SexLikeReal is leading the way into the future of virtual intimacy. The platform offers immersive virtual experiences with up to 6K video quality for a variety of VR gear including Oculus Quest 2, Valve Index, and Nvidia VR headsets. SexLikeReal is also compatible with leading sex toy technology like Fleshlight Launch, Onyx+ and Handy. Additionally, SexLikeReal provides one-on-one companionship with a diverse selection of live VR cam performers with its new interactive VR cam feature.