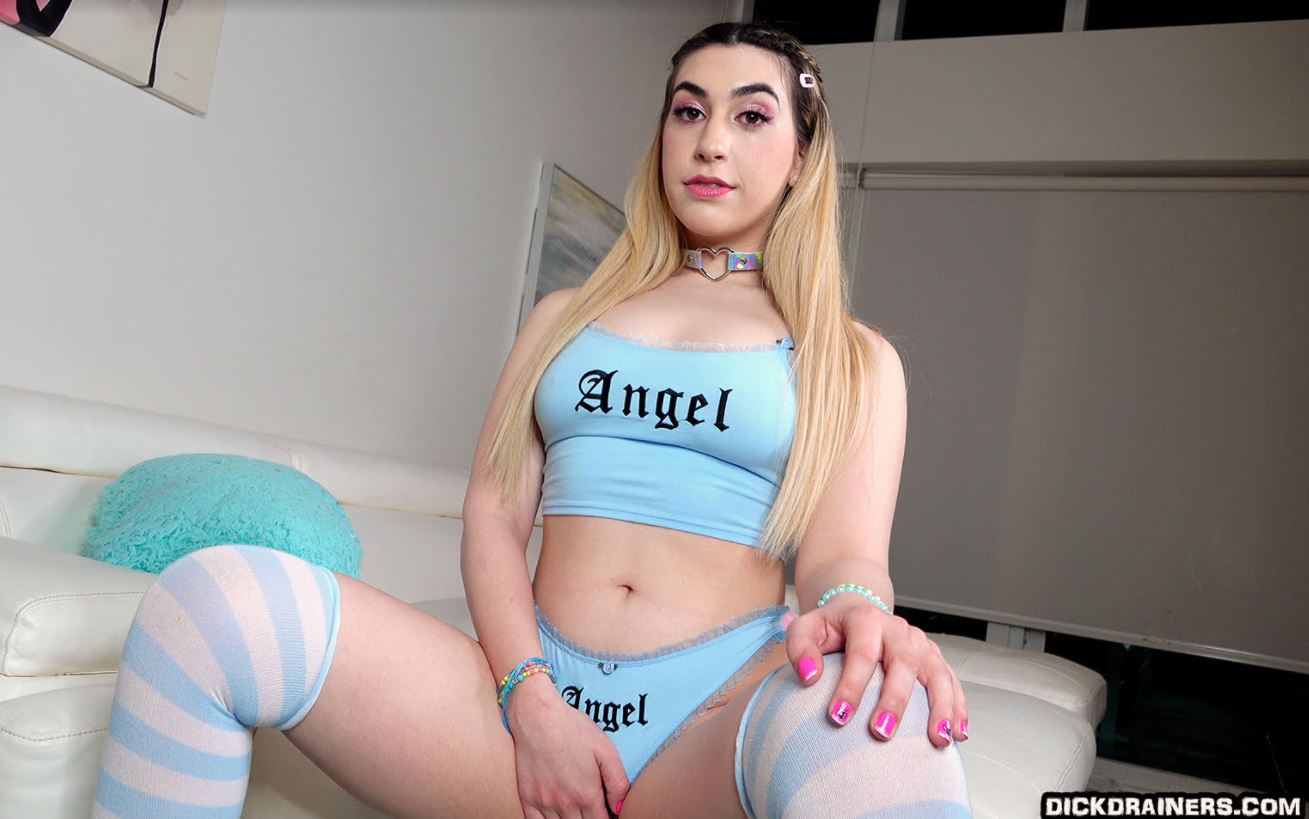 For sexy young Lexi, painal is the prize

Lexi really wants to make Branden happy, so she said he could have anything he wanted. Not wanting to be greedy, he only took two things. The first was her slippery. wet throat.

And the second thing? What do you think? Her sweet virgin pussy? No — not yet. That’s for her husband in time; Branden’s not a monster! No, he took her young, tight virgin asshole instead.

“Lexi needs to be stretched,” Branden thought. “She needs to be trained, so she can keep pleasing men like the good girl she is.” And Lexi could not have been happier.

“The fans have been asking for this one and we delivered some heat,” DickDrainers’ Branden Richards raved. “Lexi and I have similar kinks so when we finally got together, we made some magic! She’s tailor made for DickDrainers.com and we had so much fun putting this together. Expect to see a lot more of her coming up!”

“I know our fans have been waiting on this one for a while, so I hope it’s just as good as what they were expecting.”