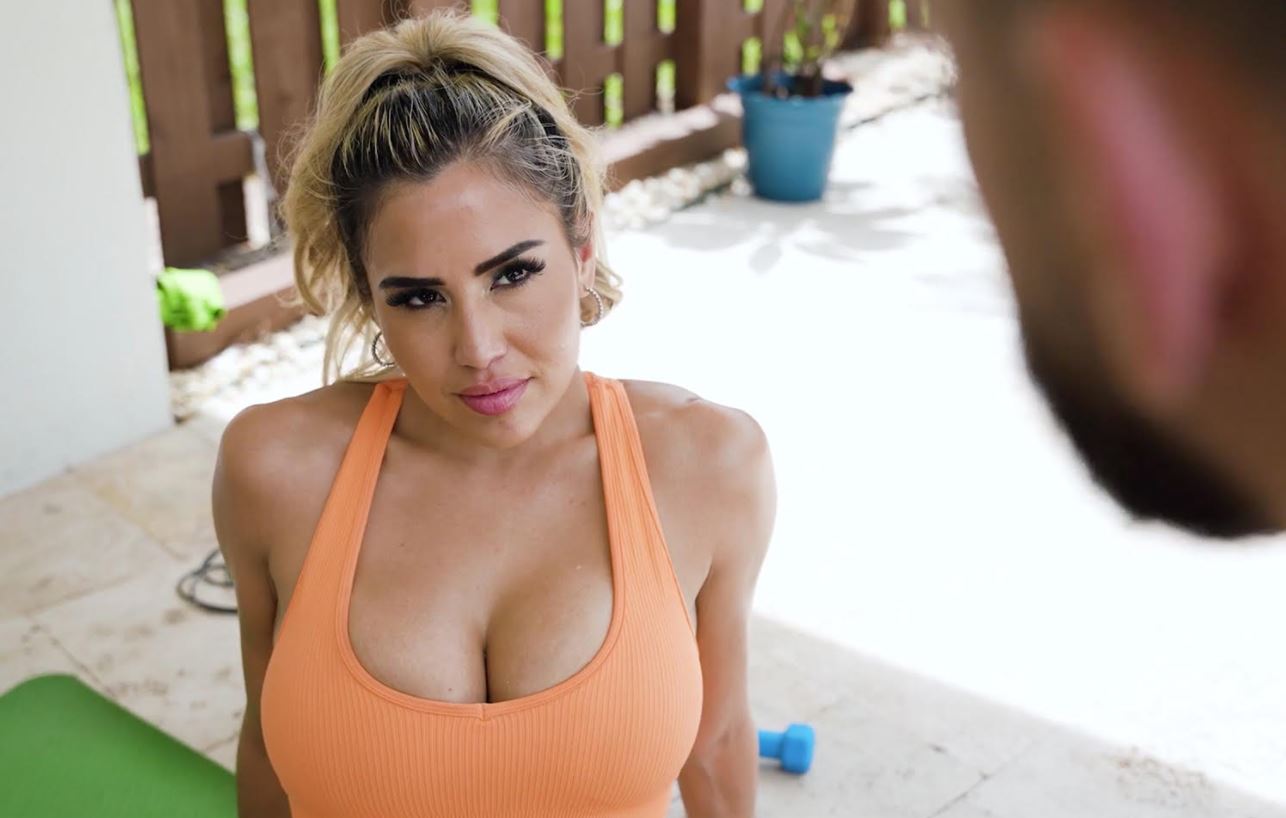 The new scene finds stunning fitness model Caitlin going over her workout routine when exercise coach Peter Green approaches her to compliment the stacked blonde on her form. Caitlin can tell he’s a big boy so she immediately flirts with him, and the two switch to a much more satisfying routine back in his bedroom!

“This scene felt super natural and right up my alley,” said Bell. “I am a huge advocate for fitness and men with incredible bodies, so naturally I enjoyed myself immensely.

“Tony Touch’s direction was so meticulous, and I loved it,” Bell continued. “He is very passionate about what he does and it shows in his work. I also appreciated the fan he used to cool the place down between scenes; Florida can get extremely hot, especially with all the heat we all brought as a team!

“Peter Green was a gentleman when needed [laughs] and a great talent to work with. The whole experience was fun and, just as with every shoot, I learned something new. Would I shoot with them again, absolutely!”

“Divorced and Ready” is now available for streaming and download. Check out the scene’s NSFW trailer here ( https://www.mylf.com/movies/divorced-and-readyl ).

Of Spanish, Mexican and Native American descent, Caitlin Bell hails from Las Cruces, New Mexico, just across the border from Juárez, Mexico. She studied Human Nutrition and Food Science at New Mexico State University until a visit to Atlanta, Georgia led to an offer to work as a promo model and brand representative for a tequila company.