On Demand Series of Falcon’s Exclusive Talent Available on CAM4 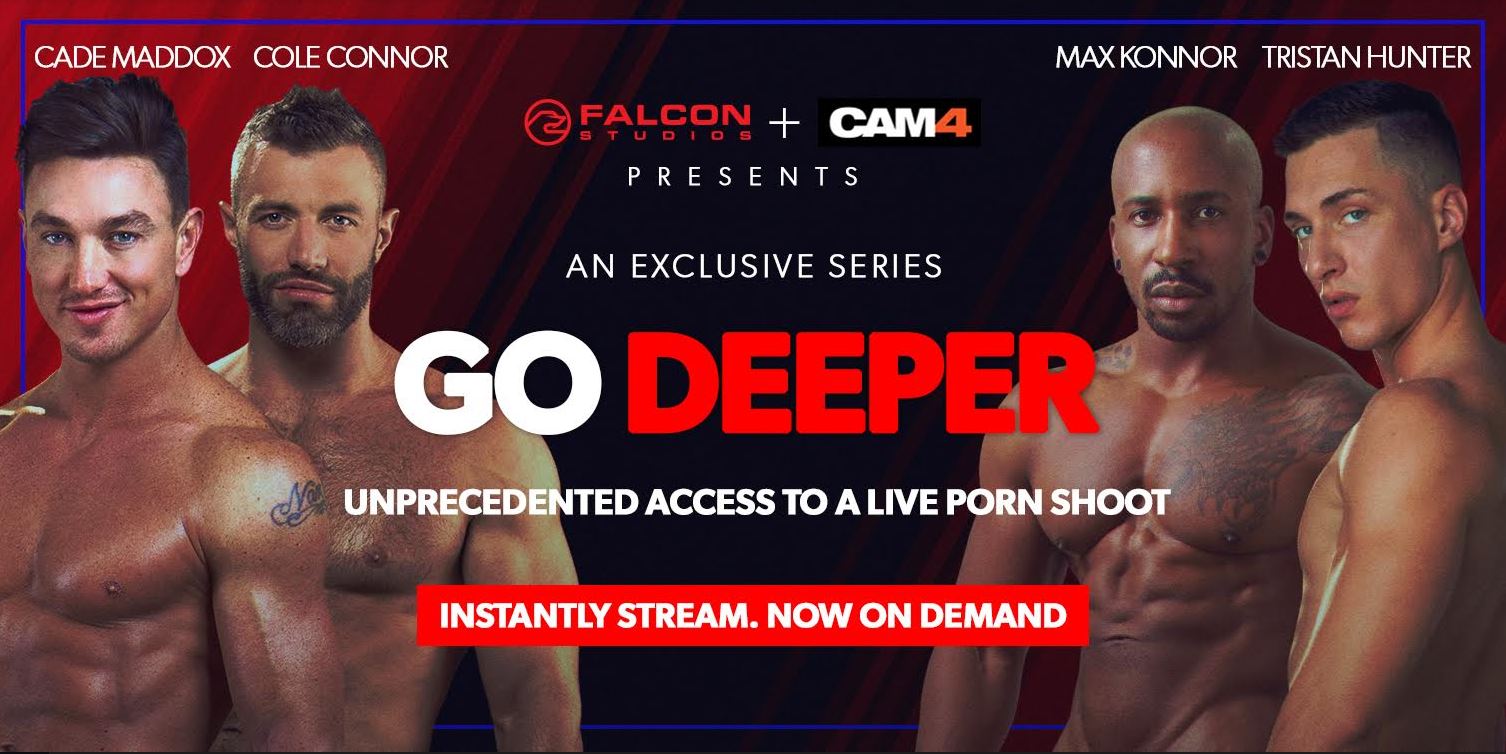 Chicago – For fans and viewers who may have missed or want to revisit the 4-week, Go Deeper live show series, CAM4 and Falcon Studios are now offering the chance to enjoy the event ON DEMAND! Each exclusive 4-hour show directed by Steve Cruz, will be released on CAM4.com and appear on Falcon’s dedicated Myshop page [WATCH NOW].

“The live events were so sensual, super sweaty, and perfectly showcased why these stars are revered as some of the best talents within the industry”, says Shannon McD, CAM4’s Communications Manager. “We feel very lucky to have created this partnership with Falcon and create the kind of content that many people will be talking about.  It’s also very exciting to be able to give viewers from all around the world a chance to watch the live recorded shows On Demand.   It’s truly a must see!”

“These Live Shows in partnership with CAM4 and part of our Falcon Forever anniversary celebration were a huge success. We loved giving our fans an exclusive behind-the-scenes experience, and we’re happy to make those available to fans who were unable to watch them live,” states Falcon | NakedSword President Tim Valenti. “We encourage everyone to check out the ON DEMAND version now, and then check out the final produced scenes in the movie ‘Falcon Live: 4 The Fans’ when they’re released on FalconStudios.com and the Falcon | NakedSword Store.”