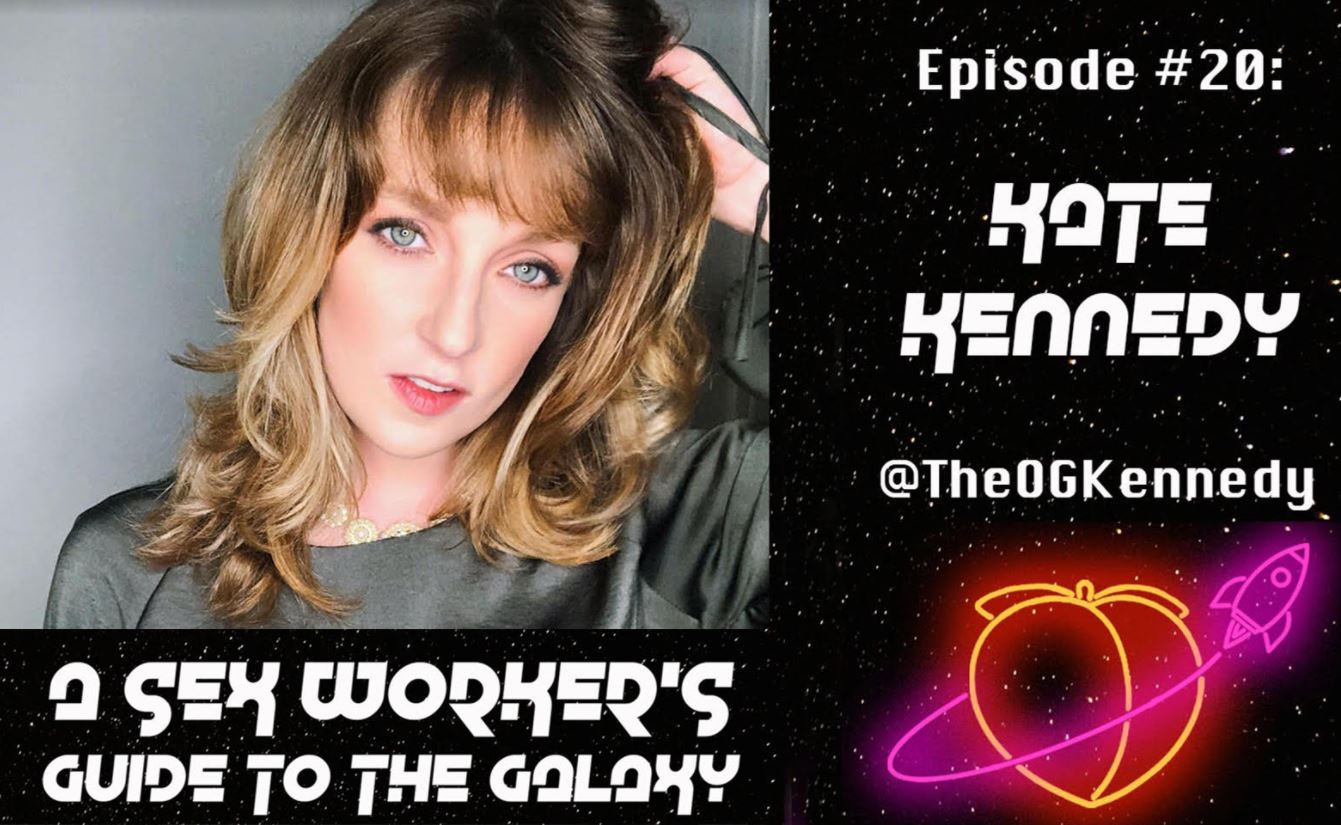 Chicago — Kate Kennedy is the week’s guest on Parker Westwood’s captivating new podcast, ‘A Sex Worker’s Guide To The Galaxy.’

The program interviews with Earth’s most multi-dimensional beings: sex workers. The show takes listeners on a journey into the lives and minds of sex workers from across the industry with one mission — to go where no man has gone before — to imagine a world in which sex workers are not demonized or sensationalized, but humanized.

In this episode, the adult film star, standup comic, writer, and social media phenom she takes us through a day in the life of Kate Kennedy, reveals how she copes with the isolation of her work, her love of stand up comedy, and how OnlyFans has shifted the sex work industry.

The episode was recorded before OnlyFans banned (and then promptly un-banned) sexually explicit content from its platform. The company has since stated that they made this move due to banks who are threatening to stop processing payments within the sex industry. You can sign onto a letter written by sex workers demanding an end to this kind of banking discrimination at SexWorkSignOn.com.

“I absolutely loved guesting on Parker’s podcast,” said Kennedy. “We could have kept talking for hours after recording, but during the show we cover everything from a typical day in my life to the nights out I spend doing standup, along with lots of perspectives on sex work. I even whip out my super secret hidden talent of saying the alphabet backwards at the end! Such a fun conversation and a really great podcast, definitely mandatory listening if you want to really get to know me and what my life is like.”

Parker Westwood has been in sex work on and off for the last decade in various different aspects of the work. They are one of the founding members of ANSWER Detroit (A Network of Sex Workers to Excite Revolution) a social justice collective of sex workers in Detroit that exists to uphold the right of sex workers to engage in this work for whatever reasons they choose.

Westwood launched ‘A Sex Worker’s Guide to the Galaxy’ in January of 2021 with a singular mission — to de-stigmatize and humanize sex workers. Westwood believes that “at the root of the discrimination of sex workers is an ‘othering’ that allows people to see us as unrelatable and subhuman, and therefore undeserving of basic human rights and dignity. ‘A Sex Worker’s Guide to the Galaxy’ was created in an attempt to allow the world to relate to sex workers as they are — human beings.”

Keep up with A Sex Worker’s Guide To The Galaxy’ on Twitter: @SexyGalaxyPod.

Will Pounder Nabs Two XBIZ Noms, Including Male Performer of the Year

Caitlin Bell Racks Up a Pair of 2023 XBIZ Awards Nominations