Chicago – Exotic and statuesque adult starlet Bunny Colby is one of the stars of the latest gem from director Kayden Kross and her site Deeper.

“Sudden Domme” made its debut yesterday. The scene has Bunny and Manuel Ferrara as a couple. Manuel is pushing Bunny to try new adventures, and she reluctantly agrees to let an escort join them. When Autumn Falls (the escort) opens her bag of tricks, Bunny inquires who it’s for. When she finds out it’s for anyone, Bunny whips out a crop, smacks Autumn on the ass, and takes control of the three-way. After that, the most intense three-way you can imagine ensues. It’s so intense that Manuel looks Bunny in the eyes, grabs her face, and tells her to calm down. “Sudden Domme” is a definite must-see.

Watch the trailer and member-exclusive scene at deeper.com/sudden-domme?autoplay=true.

“I was very excited to finally work with Kayden—the scene is beautifully shot, and it’s some of the hottest sex that I’ve had on camera,” says Bunny Colby. “If you’re not a member of Deeper, you will want to be to see this scene.”

Bunny is self-booking. Get her on your set without agency fees by emailing her at howdy@bunnycolby.com

To interview Bunny Colby for your site, publication or show, contact Erika Icon of The Rub PR at erika@therubpr.com.

With an exotic Eastern European look and a killer body, Bunny Colby could double as a supermodel model like Gigi Hadid, Paulina Porizkova, Giselle Bündchen, and Kate Moss. The statuesque adult star started as a cam model, but her fans quickly convinced her to make the leap into adult.

When Bunny isn’t on set, you’ll find her spending time with her cats or volunteering her time at a pet rescue. Keep up with everything in her world, by following her on social media via Twitter and Instagram at @bunnycolby. Look for her camming on MyFreeCamsprofiles.myfreecams.com/bunnycolby. And, make sure to subscribe to Premium Snapchat fancentro.com/bunnycolby, and Pornhubpornhub.com/pornstar/bunny-colby.

Riley Kay Returning To LA for Shoots This Month

Tue Aug 13 , 2019
Chicago – Sexy new starlet, Riley Kay, will be back in LA and available for select dates this month. While her calendar is filling up quickly, Riley still has availability August 18th and 19th, as well as August 21st through the 24th. This is your opportunity to get this newest […] 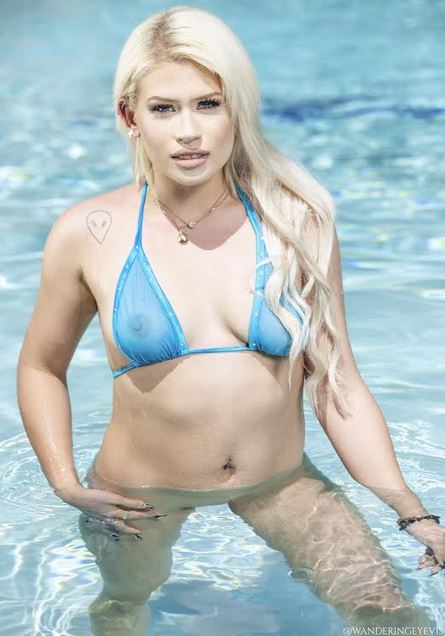