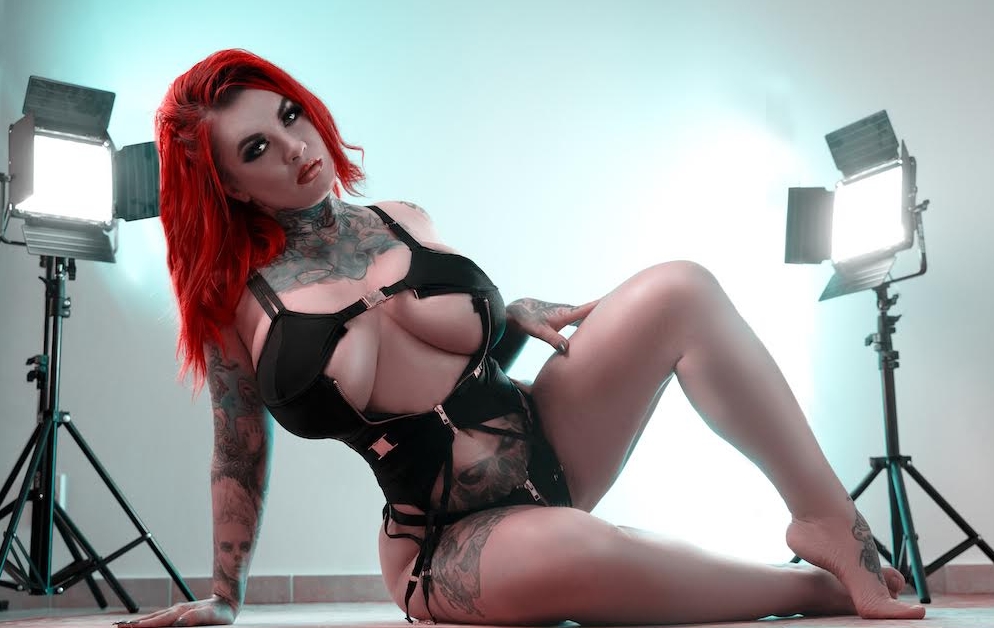 LiveUnicorns liveunicorns.com is developing and launching the next generation of adult live streaming platforms and looking for ambassador performers like Sabrina. They’re the first subscription-based platform in the adult industry with the mission to empower talented live performers to create the most unique adult entertainment in the world. Sabrina chose to join and collaborate in their marketing and ambassador program. She’ll have featured shows on the platform, as well as special-themed series like ASMR. Drawing on her live show experience, Sabrina will be part of their dedicated team of professionals to help shape LiveUnicorns into a place where performers can shine.

Sabrina is doing featured shows three days a week, and see them Thursdays at 3am PST/6am EST, Fridays at 2pm PST/5pm EST, and Sundays at midnight PST/3am EST. Her shows are reaching her worldwide fans.

“I’m very excited to be part of it—LiveUnicorns is kind of a spicy Netflix. I’m proud to be part of the early stages of their platform and am excited to see them grow, the highly innovative shows the models are doing, and watching them build their subscriber base. I’ve got some incredible shows planned, so you definitely want to subscribe to LiveUnicorns,” says Sabrina Night.

Fans can learn more about LiveUnicorns, sign up for a free 30-day trial, and lock in the early access fee of $9.99 at liveunicorns.com.

In the past two years, Sabrina’s become very welcome very well known in and out of the adult industry and scored countless magazine covers and features for worldwide publications like XBIZ, B.A.D.D., Bubble Shake, Inked Barbie, Kink Queens, Femme Rebelle, Tattoo Planet, Tattoo Kultur, Kinkd, and more. She’s won awards for Best Overall Model and Best Porn-Cam Model from Spain’s Ero Awards, Fetish Model of the Year from UK Glamour Awards, Best Gothic Shoot from the AltPorn Awards, and MV Munkbung Vid of the Year from the ManyVids Community Awards. Sabrina has received numerous nominations from XBIZ Europa, XBIZ Cam, Fleshbot, AVN, AltPorn, YNOT Awards, Bucharest Summit, and Inked Awards. She’s currently an Advisor for SugarBounce, LiveUnicorns’ first ambassador, and has a partnership with the Hush Network for their hand-crafted NFTs. Previously, she was the first official Cherry.tv Ambassador and a Brand Ambassador for xxxNifty. When she’s not producing content for her platforms or filming for top studios, you’ll find the globetrotting foodie/master chef in her kitchen whipping up culinary delights. Before adult, she was an ALT model and went to art school. She’s also appeared in a Harry Styles music video, appeared on UK’s Channel 5 on “Hotter Than,” and has appeared in The Sun.