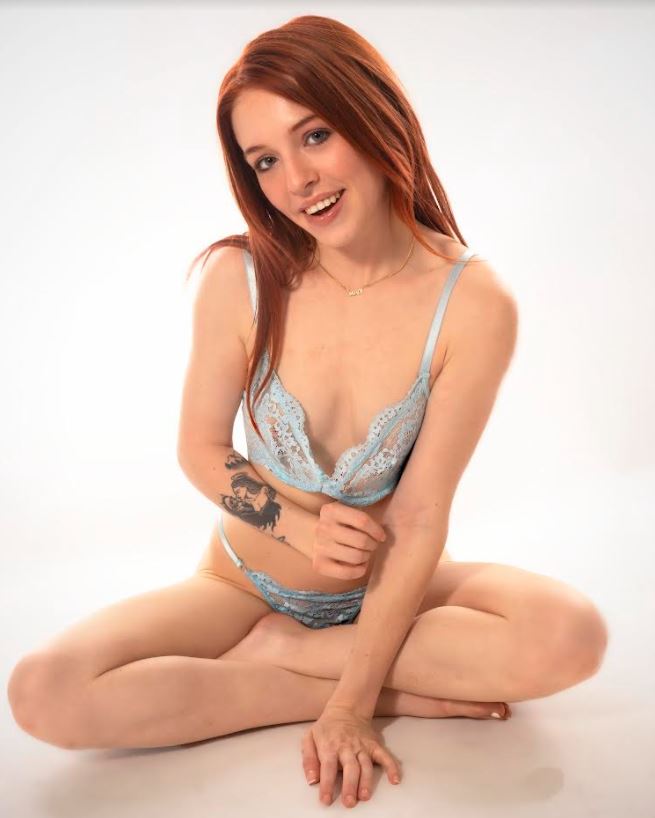 The scene set-up features the precocious nymphomaniac concocting a plan to get cock with fellow ginger Hannah Grace. Together they seduce the shy guy from class, played by Robby Echo. Echo goes from nerdy to dirty and from virgin to stud in the craziest night of his young life. It’s no wonder the scene is nominated, given how excited Madi was when she shot it.

“I had so much fun shooting this scene,” Madi said. “Deflowering a virgin is a fantasy of mine and doing with a hottie like Hannah made it even better. Thanks Team Skeet. Sharing is caring!”

Madi was quick to show her appreciation upon learning about her nomination, thanking everyone involved on her social media accounts and wishing all the other nominees well.

“OMG my very first-time having sex with a girl got nominated for an AVN Award!” said Madi. “Shoutout to my scene partners Hannah Grace and Robby Echo for making magic with me! And congrats to all other nominees as well!! This is so exciting!!

See Two Gingers and a Nerd from Ginger Patch and Team Skeet now at https://www.teamskeet.com/movies/two-gingers-and-a-nerd.

Book Madi now by contacting her agent at https://eastcoasttalents.com/site/contact/.

Get Your Knees Dirty

A Nightmare on Wankz Street