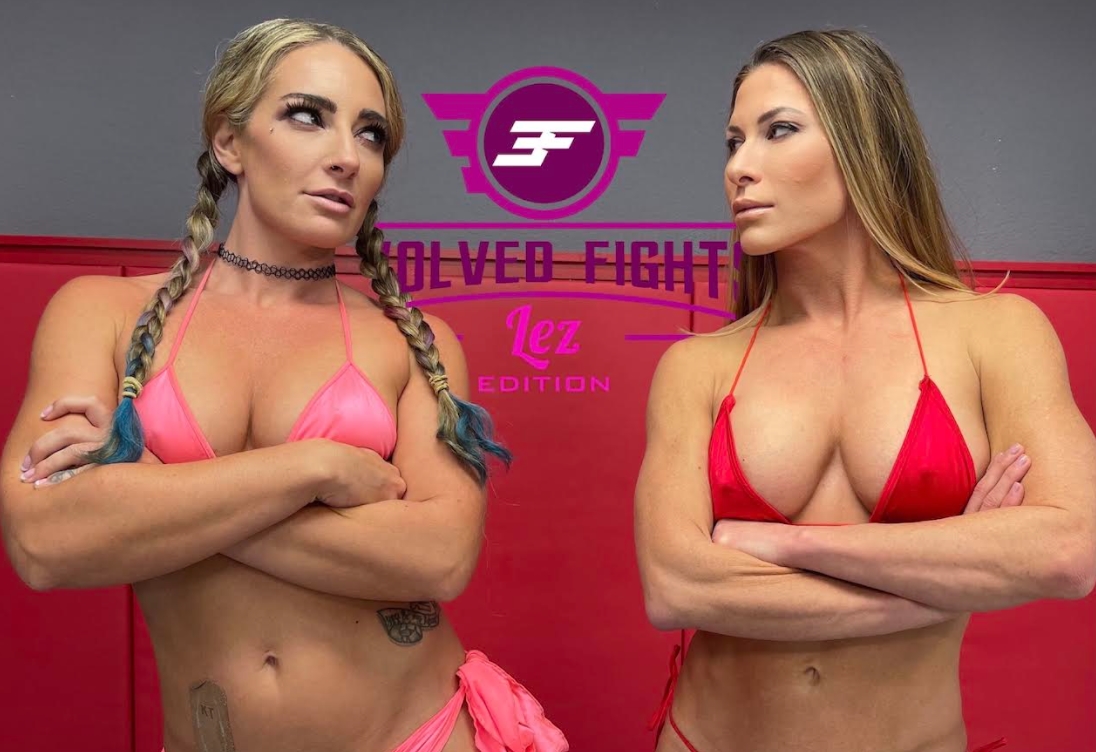 Chicago – Evolved Fights Lez is giving their fans something to be even more thankful for. Just in time for the long holiday weekend, they’re debuting a superstar matchup of two legends, site owner, referee, and champion fighter Ariel X versus the 2021 Fall Brawl Winner and current Greatest Sex Fighter, Savannah Fox.

It’s been a whole year since Ariel X has graced the mats as a wrestler, and she’s ready for a showdown with 2021 Fall Brawl Winner Savannah Fox. The two powerful women will be going head-to-head in a special holiday match that will decide once and for who, who is the Greatest Sex Fighter of All Time. Set to make its debut tomorrow, “Ariel X vs. Savannah Fox” will be something people will be talking about for a very long time. Ariel X (aka Brazen Bull) and Savannah Fox (aka Queen Quakes) are ready for the fight of a lifetime—there’s so much at stake, including the title. The match includes incredible wrestling skills, lesbian strap-on action, and the loser being made into a submissive toy. It ends with the winner fucking the loser, and maybe even the loser choosing to be the one who gets fucked.

“This match will definitely go down in history! Savannah has the size advantage while I have the experience, so it’s a fight to finish, a real nail-biter, and a turn-on at the same time. It’s been a while since I wrestled, and Savanah is definitely a worthy opponent for me to come out of my hiatus. This is one incredible fight that you don’t want to miss,” says Ariel X.

Wednesday, November 24th, is the day that “Ariel X vs. Savannah Fox” will be available to site members at evolvedfightslez.com. If you’re not a member, become one by heading over to the site, clicking the “Join Now” button, and picking your plan. The match can also be purchased à la carte by clicking on “Buy Just 1 Video or a Few? Click Here to Register Free.”

ABOUT EVOLVED FIGHTS
Having directed and performed in the wrestling genre for a decade, Ariel X started the unscripted, competitive, and mixed wrestling site Evolved Fights in 2018, and in 2019 launched the sister site Evolved Lez. The original site drew its name from her journey discovering the joys of fetish wrestling, and training and discipline. When she named the site, she hoped every sexual athlete who steps onto her mats gets the same character evolution that she has had. And viewers who watch the fights will never be the same and also evolve. Evolved Fights is all about playful, consensual power exchange that’s unscripted—both male and female professional adult talent can dominate their sex player at the end of the match, but they must earn it by winning. The scenes feature amazing talent, top names, loser/prize rounds, and incredible bouts. See what you’ve been missing and join evolvedfights.com and evolvedfightslez.com. Both sites scored 2021 Fleshbot nominations for Best Paysite Gay and Best Paysite ALT. Follow them on social media on Twitter @EvolvedFights and @evolvedLez and Instagram @evolvedfightsmodels and @evolvedfightslez.