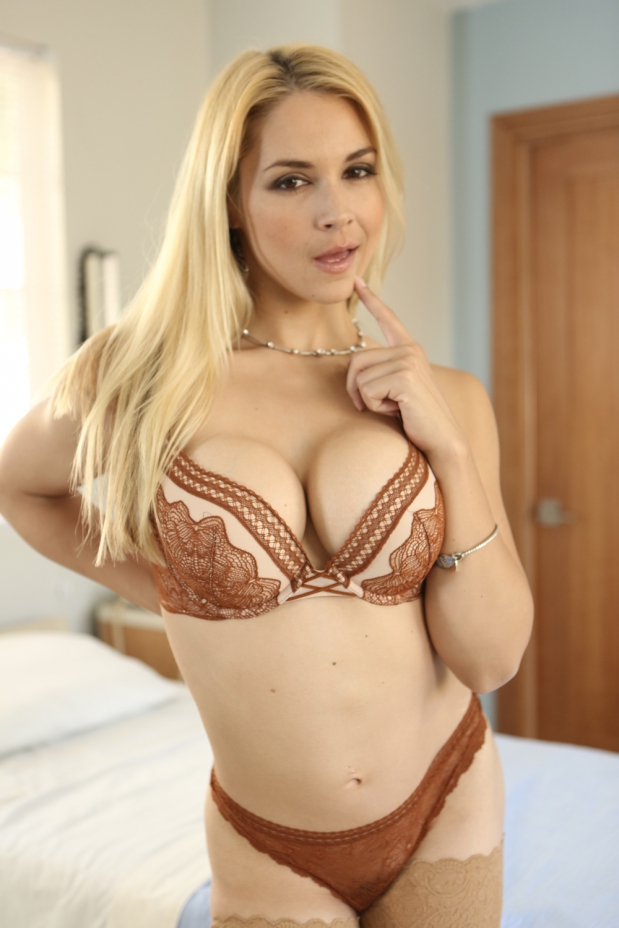 The sexy blonde veteran performer, who has earned a nomination in this same category every year since 2016, is hoping to win the prestigious golden trophy in honor of her many naughty stepmom roles she’s toplined for studios such as Girlsway, Girlfriends Films, Mile High, Wicked and AllHerLuv this past year.

“When they say it’s an honor to be nominated, it really is true,” said Vandella of her career blessings. “I am so appreciative and grateful to XBIZ for taking the time to watch my movies every year and consider me for one of their esteemed awards.”

Vandella has proven her mettle as a popular leading lady and content creator since 2007, and her fan base has continued to grow exponentially, with thousands of social followers and OnlyFans subscribers watching her every glorious move.

The star is scheduled to be in attendance when the winners are announced at the 2022 XBIZ Awards Show, Sunday, January 9 at LA’s famed Hollywood Palladium.

Sarah Vandella knows a thing or two about staying power. Since launching her adult film career in 2007, the petite (5’4”) blonde continues to win fans and steal hearts as an accomplished performer, model and actress armed with loads of talent, enthusiasm and a sultry, dark-eyed beauty that cannot be denied.

Growing up in Long Island, New York and Orange County, California, Vandella was a shy, self-conscious teenager who kicked off her exploratory journey into the world of sex, sexuality and adult entertainment at her job at an adult retail store, followed by feature dancing and working as a courtesan in Nevada’s top brothels.

In 2009, Zero Tolerance/3rd Degree Films took notice of her fresh-faced appeal and made Vandella a contract star under the name Sara Sloane: her fan base has since skyrocketed, with starring roles in the industry’s most-watched movies, as well as mainstream titles such as Werewolves in Heat and Mancation, alongside NSYNC’s Joey Fatone, The Wonder Years’ Danica McKellar and veteran film & TV tough guy Mike Starr.

Vandella is also well-known as a Deep Throat Queen: “I’m best known for the 2016 Throated Challenge win, beating out the incomparable Adriana Chechik and Riley Reid for First place. It was a fan award, and my first award in the business!” A NightMoves Performer of the Year fan award followed in 2018. She’s also been nominated for several awards, including 20 AVN, 14 XBIZ, four XRCO and an XCritic.

“I’ve had the pleasure of being cast in some of the most amazing film projects,” adds Vandella of her acting jobs in genres as varied as parodies, original features and hardcore gonzo titles. “I’m so thrilled to have a place in this industry… I’m excited to open a new chapter in 2020, and I look forward to more incredible experiences – both on and off camera!”