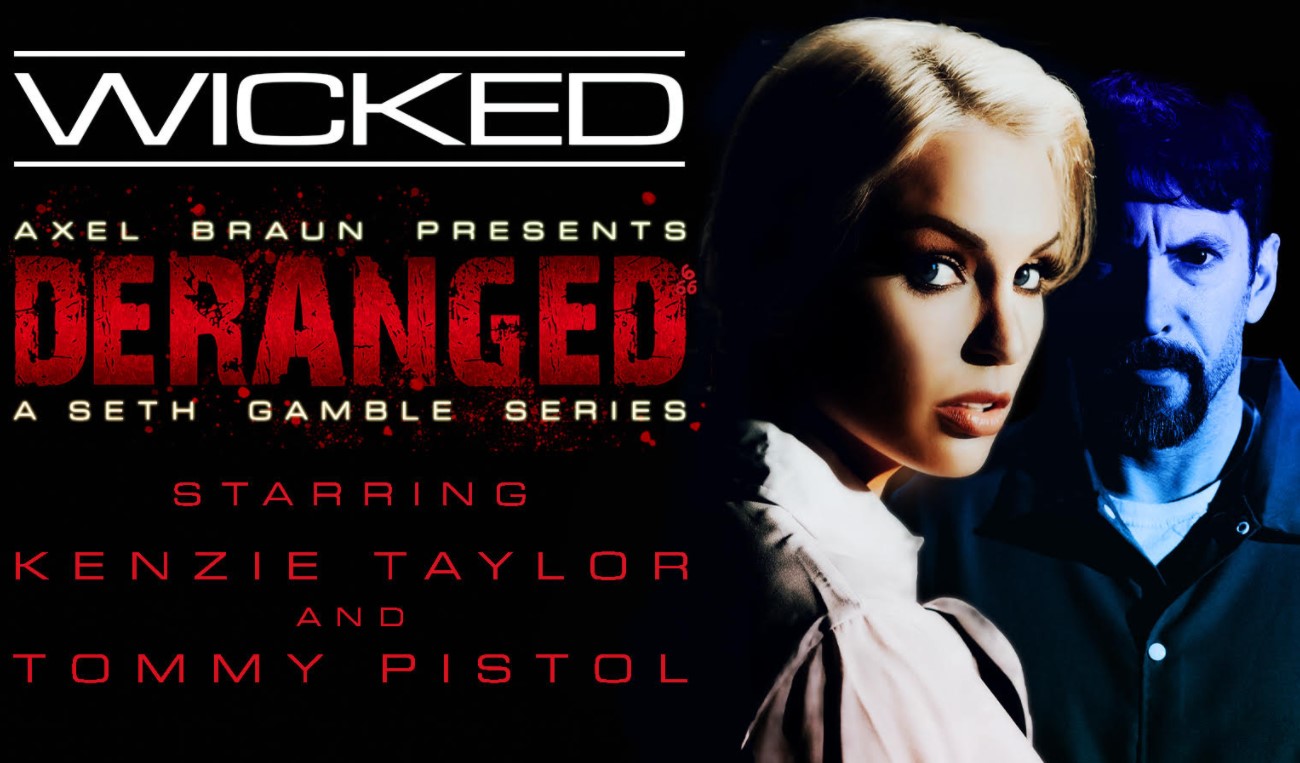 Chicago – The second episode of three-time AVN Best Actor and Gamma exclusive contract performer Seth Gamble’s official feature directing debut, Deranged, is now available on wicked.com. Produced by four-time AVN and XBIZ Director of the Year Axel Braun, the eight-part series toplines Kenzie Taylor and Tommy Pistol in a moody psycho-sexual thriller written by Gamble. The new scene, the first of Taylor’s to be released in the series, showcases her in a powerful encounter with industry veteran Derrick Pierce.

“I’m incredibly grateful to be working with such gifted professionals,” enthused Gamble. “My wonderful wife Kenzie saw the underpinnings to the character of Charlie that were implicit in the script, understood the psychology behind them, and had the command of her craft and the skill set to imbue them with a palpable sense of danger and urgency. By making the inner life of Charlie so real, she allowed me, as a feature director, to have the intricacy of the storyline and the visceral nature of the sex work in concert with each other.”

Of Taylor’s co-star in the scene, Gamble observed, “Derrick Pierce’s track record speaks for itself. His strong and resonant screen presence has earned him countless awards, yet he remains humble. Like me, he likes to see things moving efficiently on set. However, that doesn’t mean he wants a high-stress environment. In fact, he wants the exact opposite. He loves to see performers really stepping into a role just like he does, and in his experience it is easier to do that if the atmosphere on set is calm and relaxed. There was real passion and chemistry in his work with Kenzie, and that’s exactly what I wanted.”

Reflecting on his latest XBIZ accolade, Gamble added, “I’m very thankful to XBIZ for honoring us with the Best Sex Scene – Feature Movie award, and of course, to Axel Braun for the opportunity. It’s an honor to be able to create a scene with such an amazing director and a truly excellent cast of co-stars. On behalf of Lacy, Elena, Ramon, and myself, many thanks to Axel and the staff at XBIZ and Wicked.”

The newest episode of Deranged, starring Kenzie Taylor and Derrick Pierce, is now available on wicked.com.