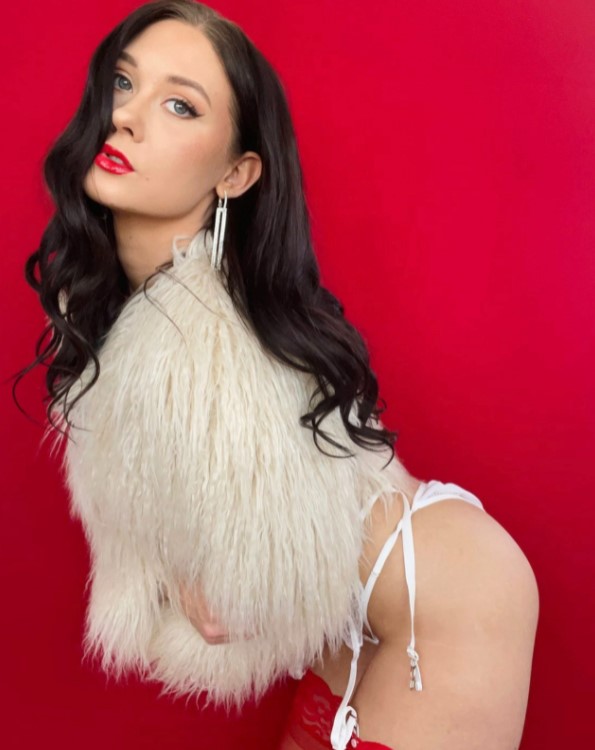 Chicago – Brunette babe next door content creator and live streamer Addi Lee is vying to beat her own MyFreeCams record in February and is vying to place in the Top 55 for Miss MFC. And she needs her fans to help to achieve this.

Last July, Addi Lee scored her highest rank on MFC at #55. Now, she’s vying to rank in the Top 55 for the whole site and claim a spot of 55 or higher in the February Miss MFC. So where will she end up? Definitely at the top if her fans, loyal viewers, and top tippers help her score as many tokens as possible.

And Addi is also determined to fill the month of love with lust with special themed shows all month long, amazing tip options only available in February, and brand-new content. Her kickoff stream will be Tuesday, February 1st, starting at 11:30am PST/2:30pm EST and will go into the evening. As one of the most crucial days for Addi to establish her rank for the month, she’s asking everyone to tune in at share.myfreecams.com/AddiLee.

Besides the coveted rank, Miss MFC has a lot of perks, including scoring from $200 to $1500 in cold hard cash for anyone ranking at 100 and above. To check current rankings and see what models are on MFC, go to myfreecams.com/php/miss_mfc.php.

“This is one of the most thought-out ranks months I’ve ever done. For February, I planned and prepared for two months. I’ve paid attention to every single detail and hope everyone recognizes the hard work I’ve put into this. I’m very excited for the month ahead,” says Addi Lee.

ABOUT ADDI LEE
Content creator and full-time live streamer Addi Lee is the epitome of sugar, spice, and everything nice on and off cam. Her sunny disposition and goofball antics and her sexy and seductive side have made her one of the top MFC cam models.

In 2016, the brunette babe next door found out about camming and left her civilian bank job before her first live broadcast. Since then, Addi has reached her highest rank in March of 2021 coming in the #63 spot, and is always looking to crack the Top 100 and beat her record. Addi loves everything about camming and the community, but most of all, she loves being creative and her own boss.

Keep up with everything in her universe by following her on Twitter @AddiLee_x, Instagram @MissLee_xx, and TikTok @AddiLee_x. Check her social media as her MFC share.myfreecams.com/AddiLee to find out when she’s on cam and/or planning a special themed show. While you’re there, buy her videos, photos, and more, as well as tipping big. Join her OnlyFans for exclusive content onlyfans.com/addilee. And find her links in one place at allmylinks.com/addileex.