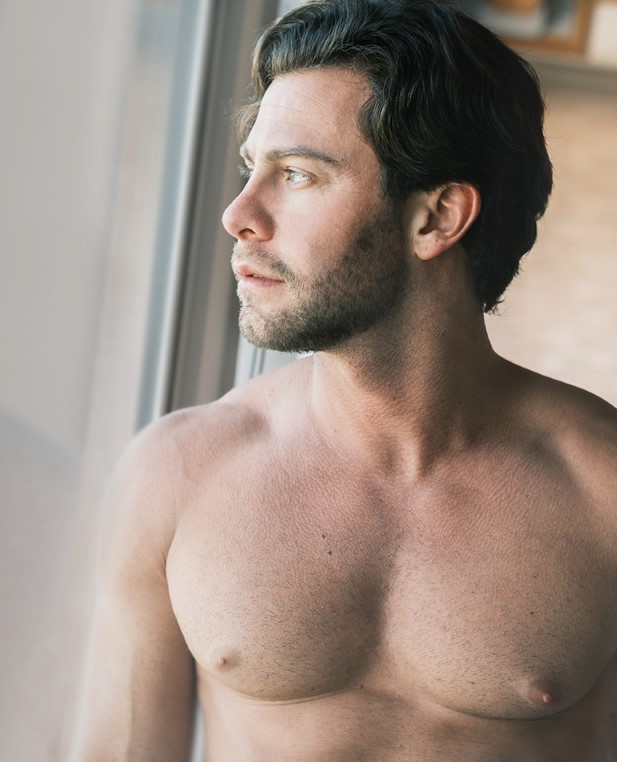 “There are many demands directing makes on you, from the entrepreneur to the hustler to the deal-maker to the writer; to directing actors and the camera and working with music, sound, marketing, and promotion. Don’t do it if you can’t be 100% true to your own vision and values.” – Seth Gamble

Chicago – Three-time AVN Best Actor and Gamma contract performer Seth Gamble is heating up the winter of 2022 with an ambitious range of exciting new projects. From new work with Bree Mills to fresh installments of Deranged, his sprawling, eight-part feature directing debut for Wicked Pictures, the weeks ahead will see the industrious performer, actor, writer, and director diversifying his brand like never before.

Debuting February 22nd, Pure Taboo’s Bree Mills production The Nanny Incident explores the life of a stay-at-home parent, Mindy (Reigning XBIZ Girl/Girl Performer of the Year Kenna James) who has decided to go back to work and needs live-in help. Her husband John (Gamble) works from home but is very busy with his career, and dismisses his wife’s ambitions as frivolous. This causes tension between the couple, but Mindy goes ahead and hires a nanny, Liz (April Olsen). Before long, Liz is revealed to be the ‘unicorn’ (a single female interested in meeting other couples) who just may possess the key to helping Mindy and John bring new energy to their ailing marriage. While there is no shortage of porn movies featuring complicated romances for viewers who want to indulge in some intense drama without having to personally deal with the traumatic emotional fallout that comes with a real-life drama hangover, they are rarely imbued with the artistry and honesty Mills brings to the table.

“Bree Mills got the best work possible from her cast, as always,” said Gamble, whose own bona fides as a performer include five-time XBIZ Best Actor, two-time XRCO & XCritic Best Actor, two-time XRCO & XCritic Male Performer of the Year, and XBIZ Male Performer of the Year. “I loved working with both April Olson and Kenna James, whom I cast in my directorial debut, The Red Room.” Of working with Mills, he enthused, “Bree’s ethos is to do porn differently, and that always makes working with her rewarding. If the film isn’t in some way going to study behavior then she’s just not interested. I feel the same way. There are many demands directing makes on you, from the entrepreneur to the hustler to the deal-maker to the writer; to directing actors and the camera and working with music, sound, marketing, and promotion. Don’t do it if you can’t be 100% true to your own vision and values.” Go to Pure Taboo to view the trailer.

Now available from Adult Time and director Ricky Greenwood, Modern Day Sins – Lust Triangles 2 > 1 casts Seth as an accountant, sitting at a table at home with a client, Violet Starr. As he helps her sort through some paperwork, it’s no secret that Violet is into him as she casts lustful looks and flirty vibes. Although Seth is married, he has absolutely no shame; they start hungrily making out and fondling each other. They’re soon interrupted by Seth’s wife, Rachael Cavalli, as she unexpectedly comes home. Violet is quick to duck under the table, and as Rachael tries to tempt him to the bedroom, Seth tells her to go ahead and get ready for him — he just has to finish up the paperwork. The stage is set for back-to-back pairings with Starr and AVN, XBIZ & XCritic MILF Performer of the Year nominee Cavalli.

“It’s always a pleasure to work with Ricky Greenwood, who brings such passion for filmmaking to the set. This in turn inspires both his crew and the cast.  I know it inspired Violet and Rachel, who are wonderful performers and people. Ricky knows filmmaking isn’t about just getting a good performance or a hot scene. It’s about the psychology of the moment, and the psychology of the presentation of that connection, of that window. ” Visit Adult Time for more information.