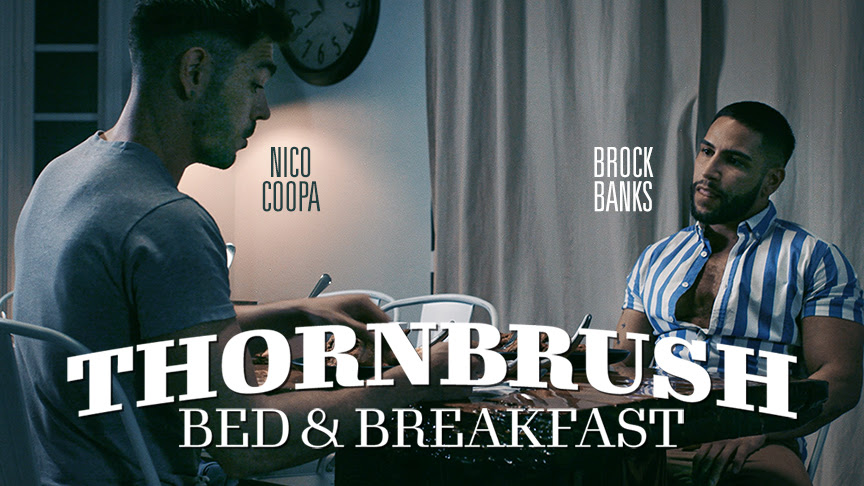 Chicago – On July 22, Disruptive Films is rolling out the welcome mat at the “Thornbrush Bed & Breakfast”, a psychological thriller about seeking solace in the worst possible place.

Directed by Walden Woods, the film follows Brock Banks in the role of Pat Thornbrush, the inn’s proprietor and resident pervert. Fan favorite Nico Coopa plays Madison Graves, whose car breaks down alongside the road just outside of town, leading him directly into Thornbrush’s creepy web.

“Very excited for the world to see our latest episode at Disruptive Films. Nico Coopa and Brock Banks really bring to life two characters that have a “interesting” dynamic to say the least,” said Woods. “Thornbrush Bed & Breakfast really brings front and center a new character we haven’t seen before and their internal struggle and temptations. Our entire team really had an amazing time and we truly think you will love the plot twist.”

The intoxicating trailer for “Thornbrush Bed & Breakfast” is up now at DisruptiveFilms.com. Follow Disruptive Films, part of the Gamma Entertainment network, on Twitter @filmsdisruptive.

Built in 1996, Gamma Entertainment is an award winning company specializing in multimedia and e-commerce. As an industry leader in web technology, Gamma partners with some of heaviest hitters in the adult production scene such as Evil Angel, Girlfriend Films, Falcon Studios, and more. A solid reputation, strong technical knowledge, and a genuine approach to building relationships are the main principles instilled in Gamma Entertainment.

Gamma has an enviable commitment to excellence across a range of different verticals, from production to paysites and beyond. Having a very honest and transparent approach to their business has helped this corporation become recognized as one of the best brands to work with in adult.

Dee Williams Dazzles as MYLF of the Month for June