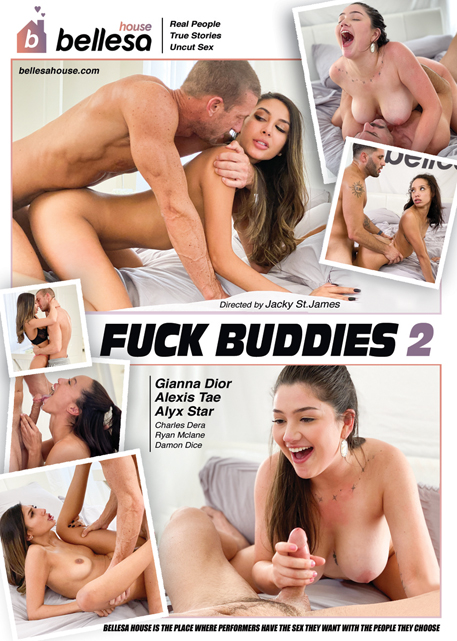 “Gianna is an amazing performer who always delivers, so the chance to have her on set with a partner of her own choosing was especially exciting,” St. James said. “Fans will absolutely love the energy, chemistry and spontaneity of these talented performers in intense, uncut and highly-charged scenes.”

“Fuck Buddies 2” opens with Gianna Dior and Ryan McLane, followed by Alyx Star and Charles Dera, then by Alexis Tae and Damon Dice in the closing scene.

Featuring true stories, real people and uncut sex, Bellesa House presents sexy adult stars in intense sexual encounters with their own hand-picked partners. With a commitment to realism and true connections, Bellesa House asks performers to reveal who they want to perform with. Then, after an interview with the potential partner, the shoot is arranged, shot and shown unedited with all the sexual energy, passion and real orgasms as experienced on camera.

About Bellesa:
Bellesa is an adult entertainment and lifestyle website for women founded by Michelle
Shnaidman in 2017. Bellesa was built as a platform for all women to be able to celebrate their sexuality online. On Bellesa, users can access sexual content that suits their desires, share intimate and erotic stories, and engage with a community of like-minded individuals. Their mission states: “We believe that sexuality on the Internet should depict women as they truly are- as subjects of pleasure, not objects of conquest.” Since its launch, Bellesa has quickly grown to be one of the premier destinations in the For Women space, with millions of women from around the world participating in its platform. To learn more about Bellesa’s mission for female sexual empowerment, check out www.bellesa.co.