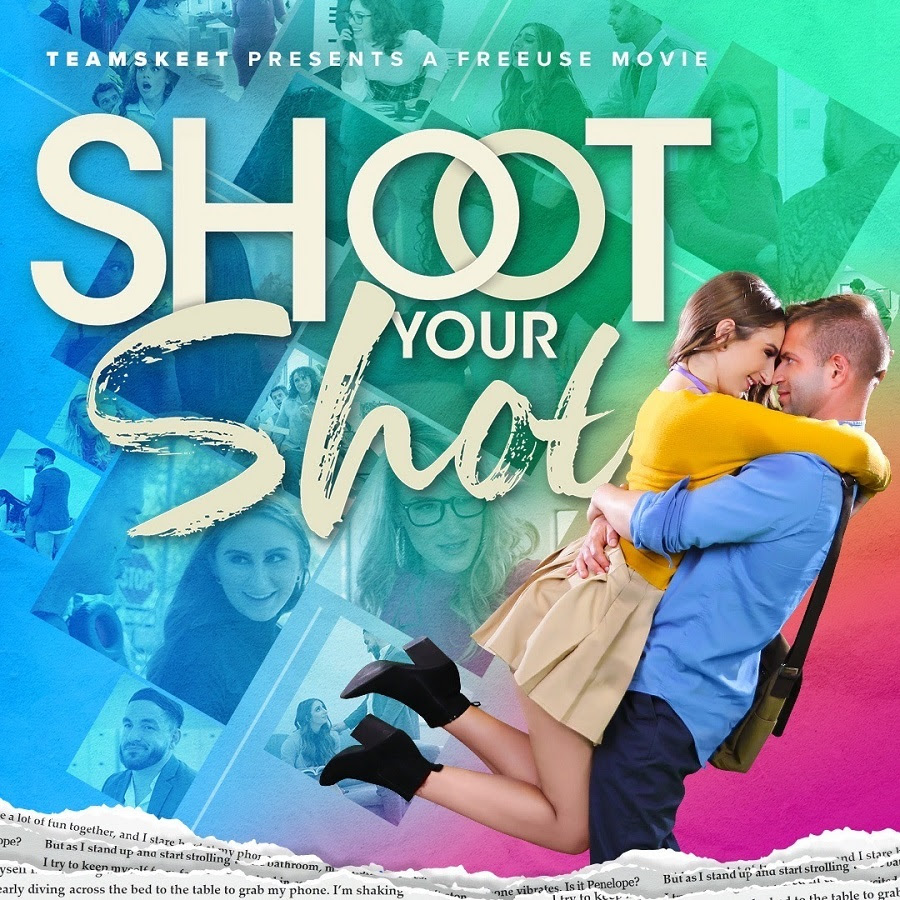 Chicago – TeamSkeet Network, home of the FreeUse Fantasy series set in a freeuse world where people get to free use each other sexually anytime, anywhere with implicit consent, has released Shoot Your Shot – A Freeuse Movie, an all-star free-for-all that is now available for to ALL TeamSkeet members!

To find out more, visit ShootYourShotMovie.com and TeamSkeet.com.  View the official trailer here!  The stand-alone website includes cast member interviews and exclusives, the Smash or Pass Game, a video description of what Freeuse is, and more!

Shoot Your Shot stars Nicky Rebel as a salesman who works in a lively office, but dreams of becoming a successful writer. He has his sights set on a pretty co-worker (Penelope Kay), but fails at shooting his shot when his obnoxious rival (Peter Green) gets in the way. Penelope realizes that she chose the wrong man and goes after Nicky, but she fails to shoot her shot as well.

Dejected, Nicky decides once and for all to pursue his writing dreams in order to finally be worthy of the girl of his dreams. Penelope, meanwhile, works her way up the corporate ladder and each become more confident in who they are and what they want. Once Nicky’s novel is released, he’s ready to once and for all shoot his shot with Penelope. But does she still want to shoot her shot with him?

“I am extremely excited for the release of this movie, and grateful to work with such an amazing cast.” Says Nicky Rebel. “This was an amazing experience that was so much fun to be a part of.”

Shoot Your Shot – A Freeuse Movie was directed by Vicky Vortex and written by Young Gerry, Pepper B, Acapulco Dan and Vincent Verga, who also Executive Produced the film.

Extended cuts with exclusive material are now available, which include FreeUse Fantasy (FreeuseFantasy.com),  BFFS (Bffs.com), and TeenPies (TeamSkeet.com/series/teenpies).  More extended cuts to be released in August with details on these coming soon!

Shoot your Shot is part of TeamSkeet’s “Skinematic Universe”. Much like the studio’s previous full-length picture, “The Corruption of Dakota Burns”, this movie is comprised of a four-part crossover of the network’s top series.