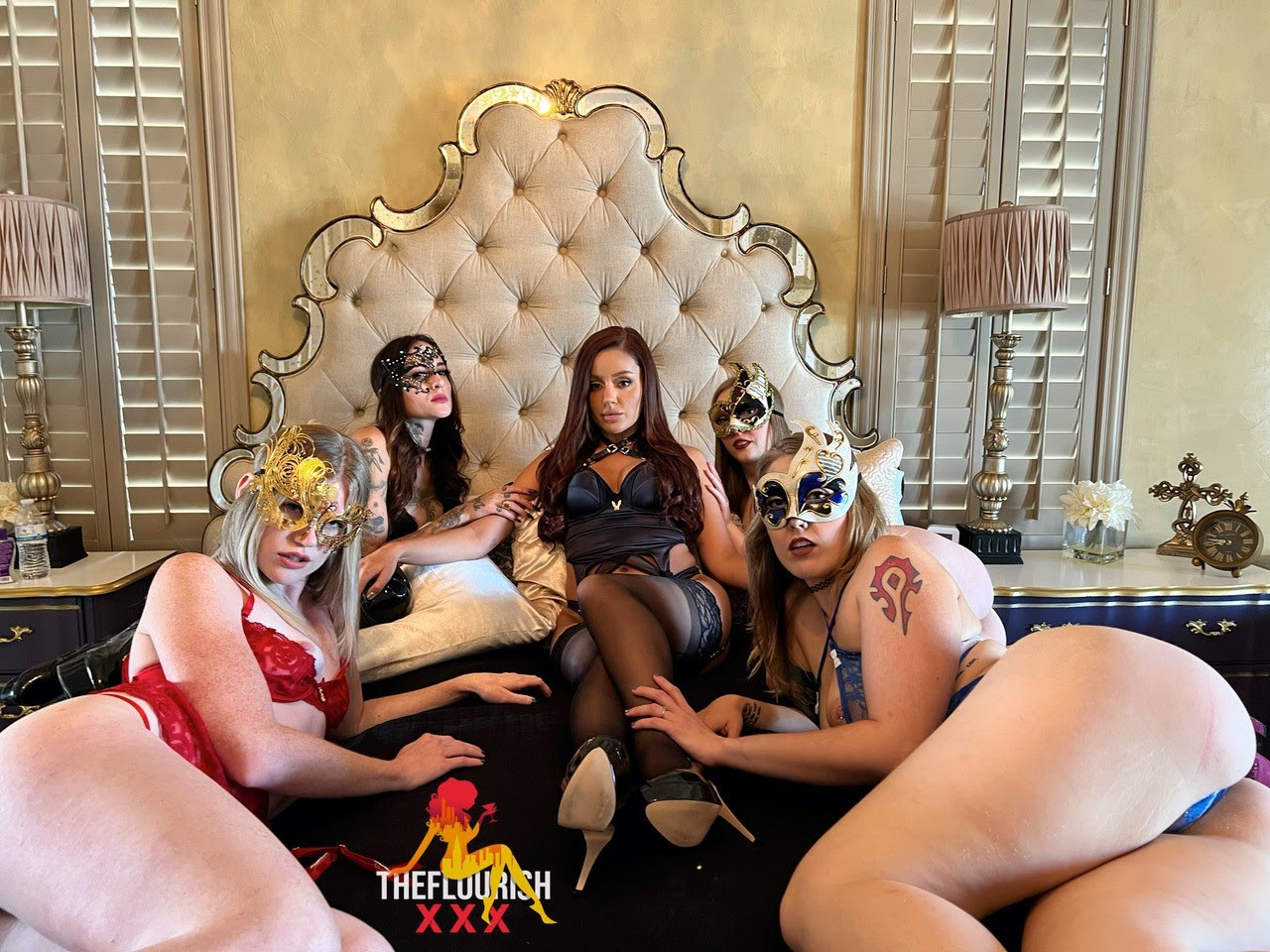 In homage to Stanley Kubrick’s Eyes Wide Shut, the story follows the star as he stumbles upon a private soiree where all the attendants of the lifestyle event, including men in business suits and women in various stages of undress, all wear masks. One glimpse into the taboo underworld is all it takes for this pro and he can’t stop fixating on the woman in charge, Vanna Bardot. The lifestyle takes over and everyone watches Violet Cox and Solo The Bull have sex. Musa discovers he can have what he desires most, but in order to smash Vanna he’ll have to pay a steep price.

“The mood was great, shooting with Musa was great and TJ was good to work with this being our first time,” said Vanna.

“Shooting with Vanna was awesome,” said Musa. “She is an amazing performer and we made things very hot for the scene. This concept from TJ, aka Mr. Flourish. was amazing. This first time I’d been in a masked group concept. This was my 2nd shoot with TheFlourishxxx and I sincerely hope to continue to work with them.”

“This ‘lifestyle + masked’ shoot was a cross of several different things and EXTREMELY risky to put together,” TJ explained. “But, the VISION came through and we produced a great product. Not only was Vanna and Musa amazing but the entire cast, and Violet Coxx and Solo The Bull had their sex part of this scene as well, that is how it is in Central slash South Florida in the lifestyle. We wanted to portray that.”

See it now at https://tour.theflourishxxx.com/trailers/The-Pros-Lifestyle-Masked-Event-Vanna-Bardot.html.