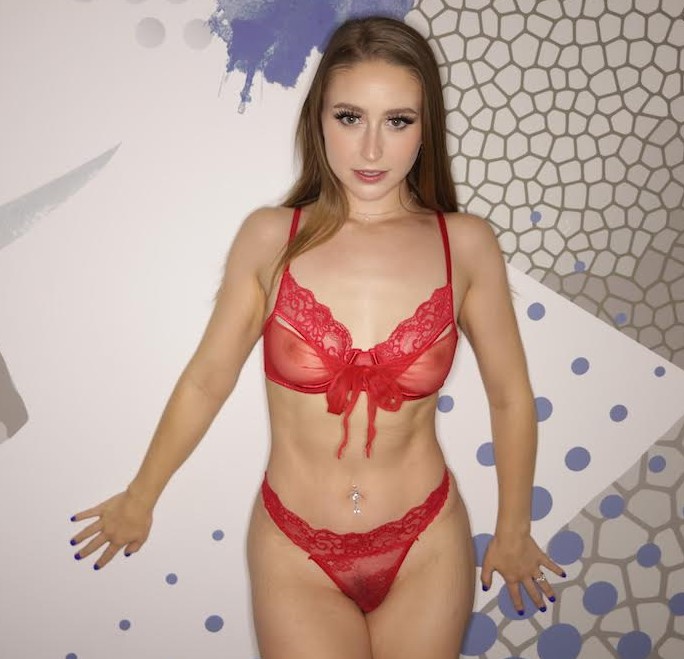 Chicago – With dirty blonde hair, piercing green eyes, petite physique, and bubble booty, True California Girl with the sweet and innocent look, Laney Grey, has scored her first Girl/Girl Performer of the Year nomination of her career from XBIZ, as well as multiple nods for her scene work.

“I had a lot of amazing girl/girl scenes this year, and I’m honored to be one of the nominees for Girl/Girl Performer of the Year. I’ve become known for my VR work and was thrilled to see I got two noms for my SexLikeReal projects. And I just love to act and perform and was thrilled to be nominated for my Pure Taboo scene. Thank you, XBIZ, for my nominations,” says Laney Grey.