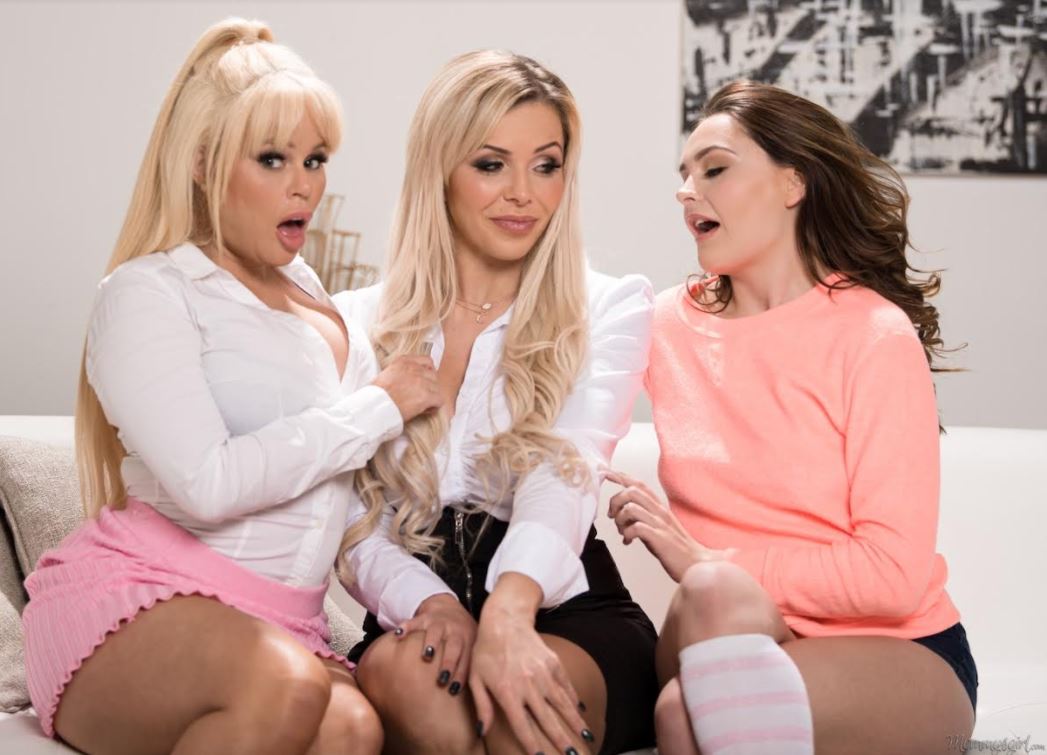 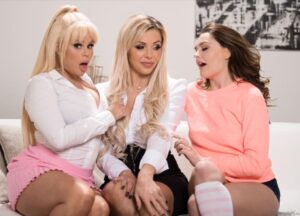 Chicago – Award-winning Latina adult superstar, radio show host, and one of the most sought out feature entertainers, Nikki Delano, has made her Girlsway debut in a scene that revolves around property wars with her daughter and their realtor.

Available on both the Mommy’s Girl website and the Girlsway flagship site, “Property Wars” starring Nikki, Aften Opal, and Nina Elle is a must-new scene. Nikki and stepdaughter Aften have a heated discussion about selling the house—Nikki wants to sell, but Aften has a lot of memories attached to their home. Nikki’s mind is made up. The realtor (Nina) is on the way to house, but Aften will sabotage the sale. Aften flirts with Nina and proposes a deal that mutually benefits them both—if Nina convinces Nikki to sell the house, Aften will repay Nina with sex. Aften and Nina seal the deal with a hot make-out session. a

Nina does her best to convince Nikki not to sell the house, but Nikki sees what’s really going on. Nikki uses the same tactics that Aften did and gets caught the act. Yes, now it’s an all-out war! Temptresses Nikki and Aften are doing whatever it takes to get Nina on their side. They strip and touch her and see who can give her the most pleasure. Looks like real winner of the scenario is Nina.

“I’ve always wanted to work with Girlsway and couldn’t have asked for two better co-stars to make my debut on the iconic site,” says Nikki Delano. “I really enjoy girl/girl scenes even though I don’t do many of them. This scene is really hot, and the members are really enjoying it!”

Watch the trailer and member-exclusive scene for “Property Wars” at girlsway.com/en/video/mommysgirl/Property-Wars/181378. Also, make sure to check out both photo sets of 70+ photos of all three of the stars that feature pretty girl and hardcore shots.

To interview Nikki Delano for your site, publication, or show or to book her for mainstream projects, contact Erika Icon of The Rub PR at erika@therubpr.com.

Nikki’s the host of the #1 adult radio show in the world on Vivid SiriusXM 415. She’s headlined at top gentlemen’s clubs across the country and Europe and is one of the most sought after performers. Her fans worldwide have helped her become one of the top verified social media icons with millions of followers. 2020 marked a pinnacle in her career with the launch of her Fantastico and Fuego Fleshlight® toys that are replicas of her award-winning ass and infamous pussy. And 2021 got off to a stellar start with the launch of her highly-collectible handmade glass bong from Upcycle Glass.