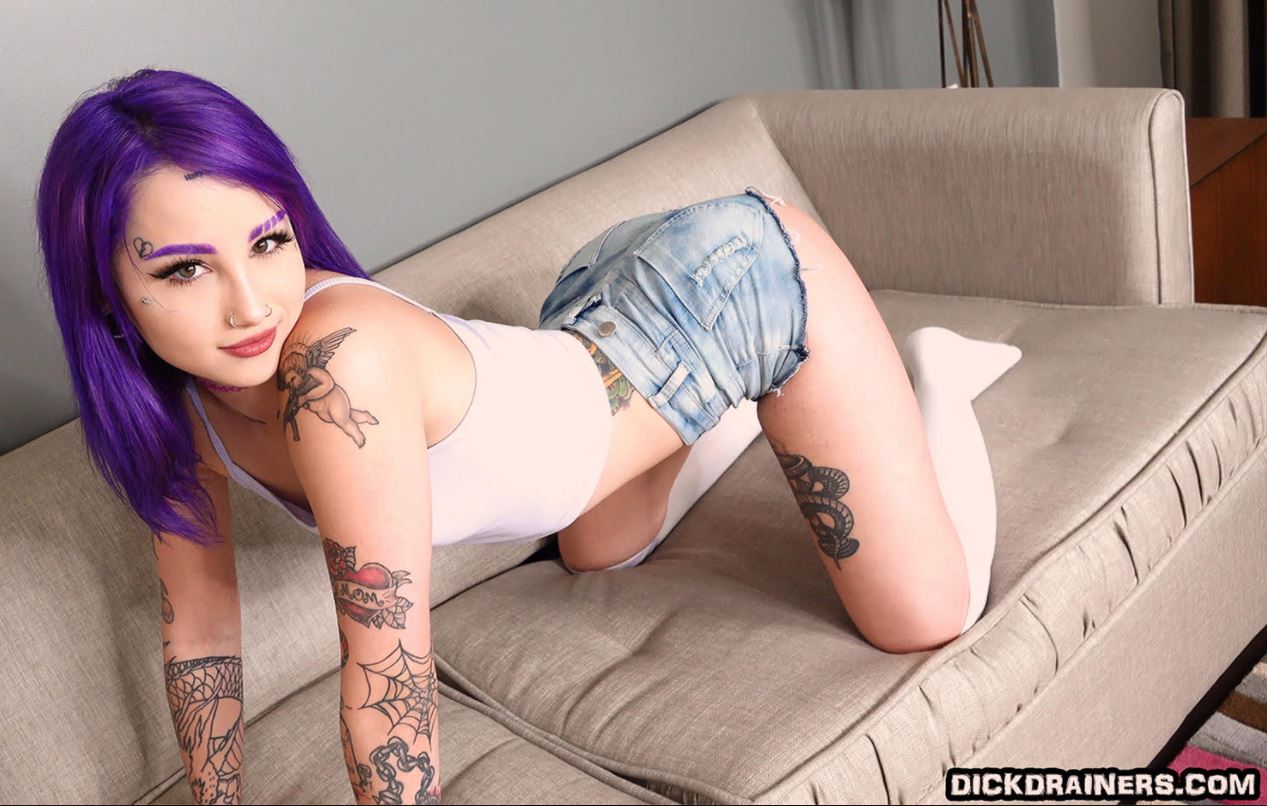 Turnabout is fair play, and the sexy succubus serves up sweet revenge in a “hot, raw, and messy” performance!

Chicago — Sexy Val Steele just doesn’t feel appreciated by her man-whoring boyfriend, and evens the score by banging his friend, in the wild and intense new boy/girl scene available now at DickDrainers.com.

Val is in a really good place right now. She’s acing her classes in college, and her favorite band even came out with a new album. Life is great!

And you know what the cherry on top is? She met a great guy! Mike is handsome and charming and has a great personality…he’s everything Val ever wanted. Well….not EVERYTHING. Mike isn’t the best at returning calls or texts, and his job makes him work pretty long hours . . . but when they do connect, it’s magic. Mike’s friends are cool too, especially Branden.

Little does Val know, the reason Mike is always so busy is because he’s out banging other girls. Mike’s a man-whore. That “job” he has that has him working long hours overnight? He’s spending the night with them. Yep — he’s a fuckboy — and Val doesn’t know that she’s just one of Mike’s hoes.

But Branden knows! He’s heard all about Mike’s exploits, and doesn’t think twice about letting pretty Val know what her man was up to. Val decides there’s no better way to get back at a fuckboy….than boning his homeboy!

“This is a scene that a ton of fans have been asking about for a while, and it’s finally here!” said DD producer/star Branden Richards. “Val put on a hell of a performance; this scene is a scorcher — the sheets were soaked after this one!

“Val’s level of energy is off the charts; she’s a perfect fit for DickDrainers.com and you will definitely see more of her in the future!”

Steele commented, “Branden has been one of my favorite performers to work with. He is wonderful, and really knows how to shoot an amazing scene. I loved shooting this one, it was so much fun and the end result is an extremely hot, raw, and messy scene that I’m personally going to be watching on my own time a lot! My supporters have been waiting for this and they have said it was beyond worth the wait, and I’d definitely agree!”

The 54-minute “Pretty Girl Just Wants To Be Appreciated…” is available for streaming and download at the DickDrainers official website ( http://dickdrainers.com/tour/trailers/Pretty-Girl-Appreciation.html ).