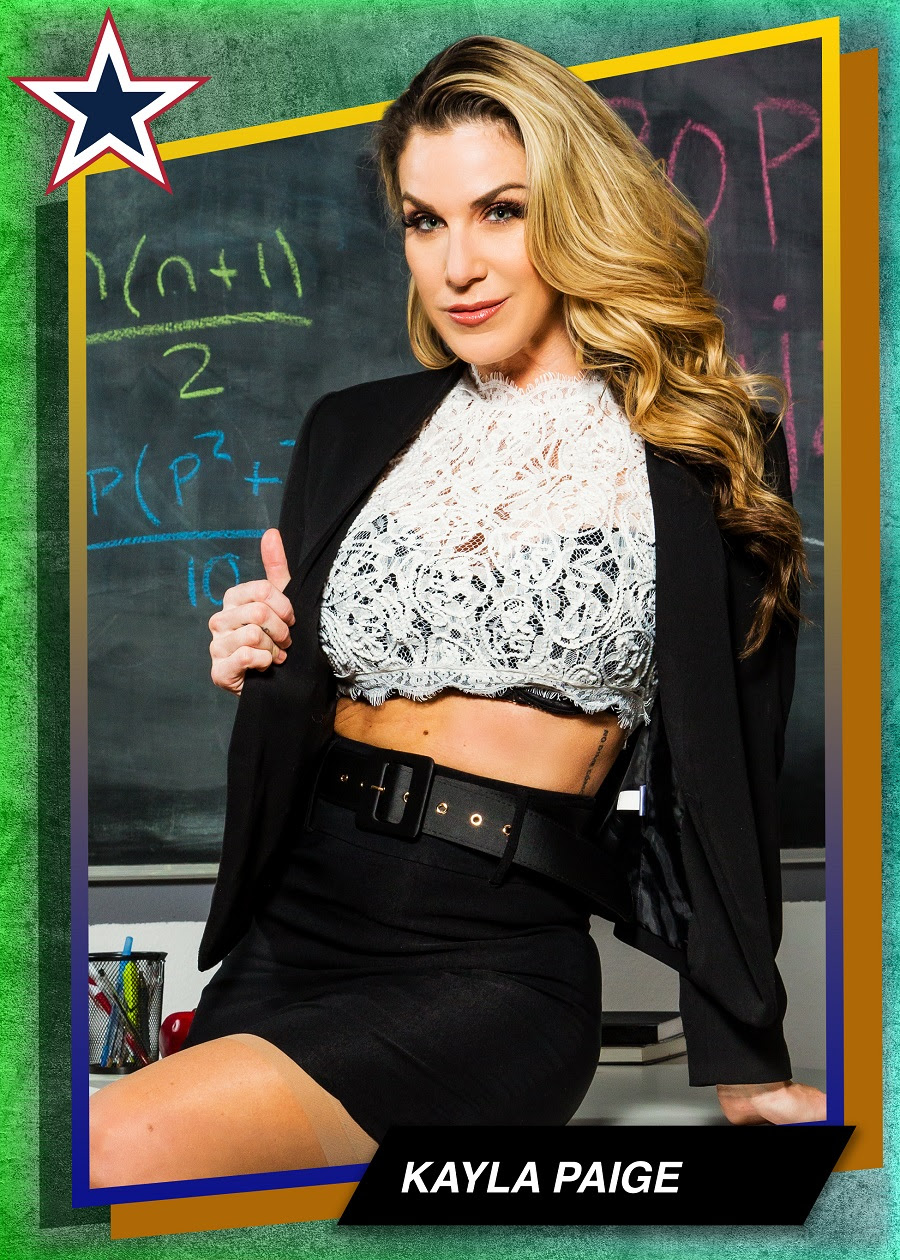 The sizzling adult superstar is featured in two stills from the studio’s most popular showcases, ‘My Friend’s Hot Mom’ and ‘My First Sex Teacher’; 50 of the blockchain-based cards (25 each) are currently available for sale at Ξ 0.1 Ethereum ($233) per piece on the OpenSea marketplace platform.

“I am super excited to offer these exclusive pieces with Naughty America,” said Paige of her one-of-a-kind digital assets. “I’ve been part of the Naughty America family for many years, and it felt very natural to team up with them on this!”

The Kayla Paige NFT digital collectibles are especially unique in that they can be sold and traded in the same way as regular physical items while still maintaining their authorization of origin. To get in on the NFT excitement with Kayla Paige, visit her OpenSea website.

Kayla Paige is an actress, model, performer and content creator who launched her adult film career in 2002 after a short stint as a go-go dancer at Hollywood’s most popular nightclubs. The Los Angeles native has since starred in nearly 400 films for the industry’s top studios, as well as her personal content sites.

The star has also set pulses racing in multiple eye-popping pictorials for Penthouse Magazine, Hustler and many more. In her spare time, Paige enjoys sewing, fashion design, jewelry making and challenging herself to conquer new adventures. “I grew up with world champion skydiving parents,” she says, “so the bar was set high!”