Urban X Awards Nominates MimeFreak For Director Of The Year 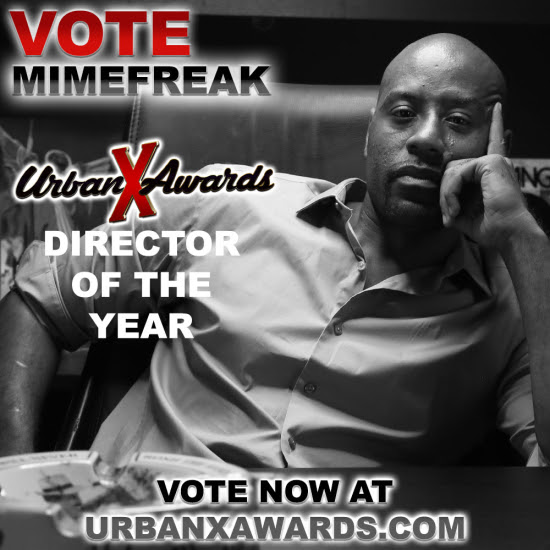 Chicago – ArchAngel Video’s in-house director and general manager MimeFreak (https://twitter.com/mimefreak) is recognized with an Urban X Awards nomination for Director Of The Year. Having established the ArchAngel “look”, MimeFreak has consistently lensed fan and reviewer praised films. Some of the critically acclaimed titles directed by MimeFreak during this eligibility period include the all-black feature True Black Romance, fan-favorite The Booty Movie Vol. 7, the tribute to red-headed hotties in Ultimate Gingers, a showcase of top mature performers with True MILF 4 and an epic featuring top African-American performers – The Black ArchAngels. This diverse filmography has demonstrated MimeFreak’s versatility that the Urban X Awards have taken note of. For this, MimeFreak has been nominated for Director Of The Year.

“I was little taken aback by the news of the nomination,” said MimeFreak. “I believe in the work I have produced and very proud of it but it’s always a little surprising when you find you have been nominated. I’m very thankful, very grateful for the recognition. The Urban X Award is an important part of our industry and I am thrilled with the Director of the Year nomination.”

About ArchAngel:
Making an incredible impact in adult entertainment, ArchAngel Video has established itself as an industry brand leader. Founded in 2013 under the vision of General Manager and Lead Director MimeFreak, the powerhouse production company has succeeded in cultivating multiple award-winningvideos. With a strong presence in the VOD and DVD markets,

ArchAngel thrives due to its commitment to erotica excellence. Aside from DVD, ArchAngel offers consumers all of their exciting productions VOD via their state of the art website; ArchAngelVideo.com. In October 2017, the masterminds behind ArchAngel started an exciting series and website which focuses on the hardcore stars of tomorrow with the brand Beginners Luck. Beginners Luck only features adult newbies looking to make their big break in the industry