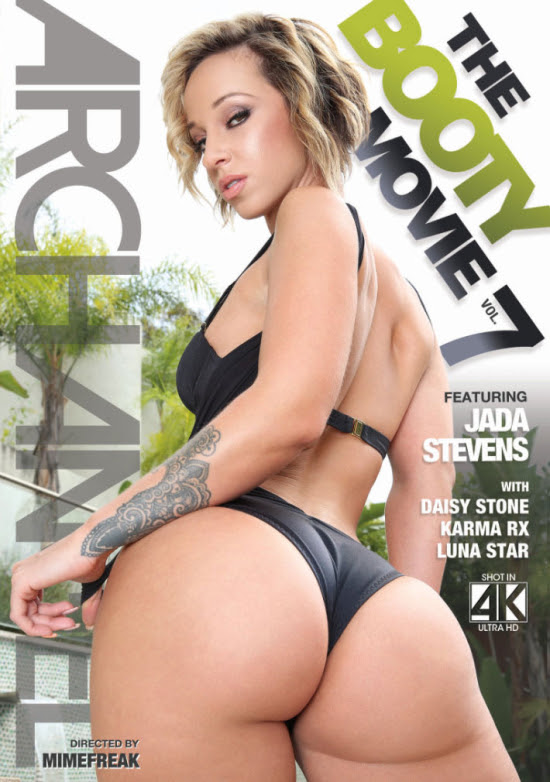 Chicago – The Booty Movie Vol. 7 from ArchAngel Video (https://archangelvideo.com/) receives a NightMoves Awards nomination for Best Ethnic/Interracial release. The MimeFreak directed video is a tribute to the beautiful backsides of adult entertainment’s hottest talent. Led by booty icon Jada Stevens, The Booty Movie Vol. 7 features an exciting cast of sexy stars that include Daisy Stone, Karma RX, and Luna Star. An impressive array of top talent combined with the undeniable chemistry between performers have made The Booty Movie Vol. 7 a visual feast. Fans, as well as critics, have taken notice of this ass-centric epic leading to a NightMoves nomination.

“I know our fans love good booty,” said director MimeFreak. “For this movie, we went beyond that, we got the best bootys. The female cast was incredible, the male talent was on point, The Booty Movie Vol. 7 came together amazingly. As a connoisseur of booty, I know what I would want to see in a ‘Booty’ movie and thankfully the fans and NightMoves agree. A very special thanks to the editors of NightMoves Magazine for appreciating this movie.”

Voting in the NightMoves Awards is open to the public. Fans are encouraged to show their support for their favorite nominees. Voting for ArchAngel Video can be done now through September 15th. Only one vote allowed per IP address and for a ballot to be considered legal people must have voted in at least 6 categories. Voting can be done at – https://nightmovesonline.com/vote-now/.

The winners of the 2019 NightMoves Awards will be announced at a gala event on October 13th at the Tampa Gold Club. Tickets, sponsorship opportunities, and other NightMoves related information can be found on the publication’s website: NightMovesOnline.com.

About ArchAngel:
Making an incredible impact in adult entertainment, ArchAngel Video has established itself as an industry brand leader. Founded in 2013 under the vision of General Manager and Lead DirectorMimeFreak, the powerhouse production company has succeeded in cultivating multiple award-winningvideos. With a strong presence in the VOD and DVD markets,

ArchAngel thrives due to its commitment to erotica excellence. Aside from DVD, ArchAngel offers consumers all of their exciting productions VOD via their state of the art website; ArchAngelVideo.com. In October 2017, the masterminds behind ArchAngel started an exciting series and website which focuses on the hardcore stars of tomorrow with the brand Beginners Luck. Beginners Luck only features adult newbies looking to make their big break in the industry