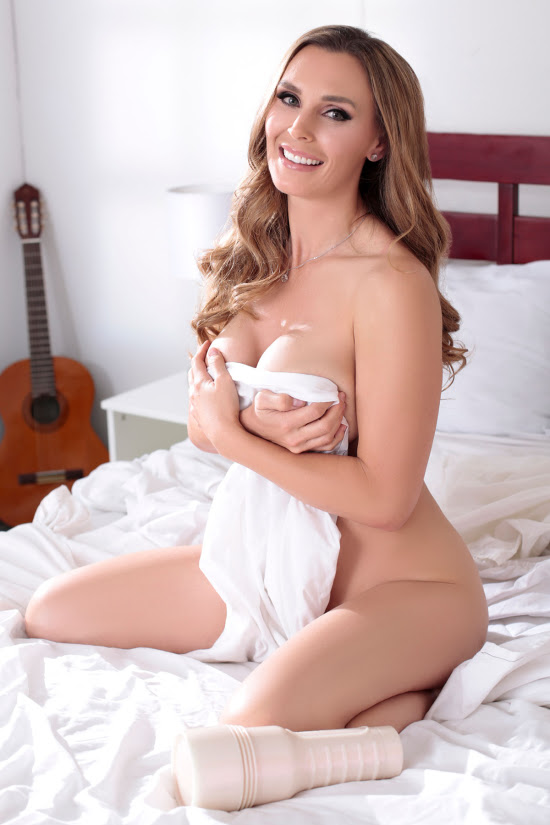 During the upcoming live broadcast of The Tanya Tate Show, fans will have an opportunity to win a Tanya Tate “Royal” Fleshlight package.

Chicago – Adult entertainment superstar and radio personality Tanya Tate (https://www.instagram.com/tanyatate/) will give away two of her “Royal” Fleshlight models on Vivid Radio’s The Tanya Tate Show. The popular performer had her naughty bits molded and made into a sex toy by Fleshlight. This Tuesday, August 13th, Tanya will offer fans a chance at two of her Fleshlight prize packages. For an opportunity for one of the Fleshlights, fans need to call in 855-99-VIVID and provide an exciting answer to “If you could take Tanya on a date, where would you go and what would you do?”

Tanya will also be posting the question on her social media on the day on the show, asking those who will be unable to call in to post their reply on her Instagram (Instagram.com/tanyatate), Twitter (Twitter.com/tanyatate) or Facebook (Facebook.com/realtanyatate).

“I am excited to share my new Fleshlight model with some creative and witty fans,” said Tanya. “I look forward to all the answers I receive and hope there are some that will get me heated up and turned on!”

By participating in the giveaway, fans concede that their address is valid to receive such items and that they are over 18.

The Tanya Tate Show can be heard every Tuesday at 1pm PT / 4pm ET on VividRadio.com and SiriusXM Channel 415.

Tanya has become a noted “geek” personality stemming from her high profile hobby of cosplay and pop-culture blog, JustaLottaTanya.com. Tanya has a 5-inch stylized figure of her superhero character, Lady Titan that’s which available for fans. On top of her impressive career as an adult actress, Tanya is also the owner and operator of the public relations firm; Star Factory PR. Representing some of the hottest performers in adult, Tanya Tate has proven to be a remarkable success in all facets of the adult industry. Tanya Tate is unstoppable! In a few short years she has taken the adult industry by storm.