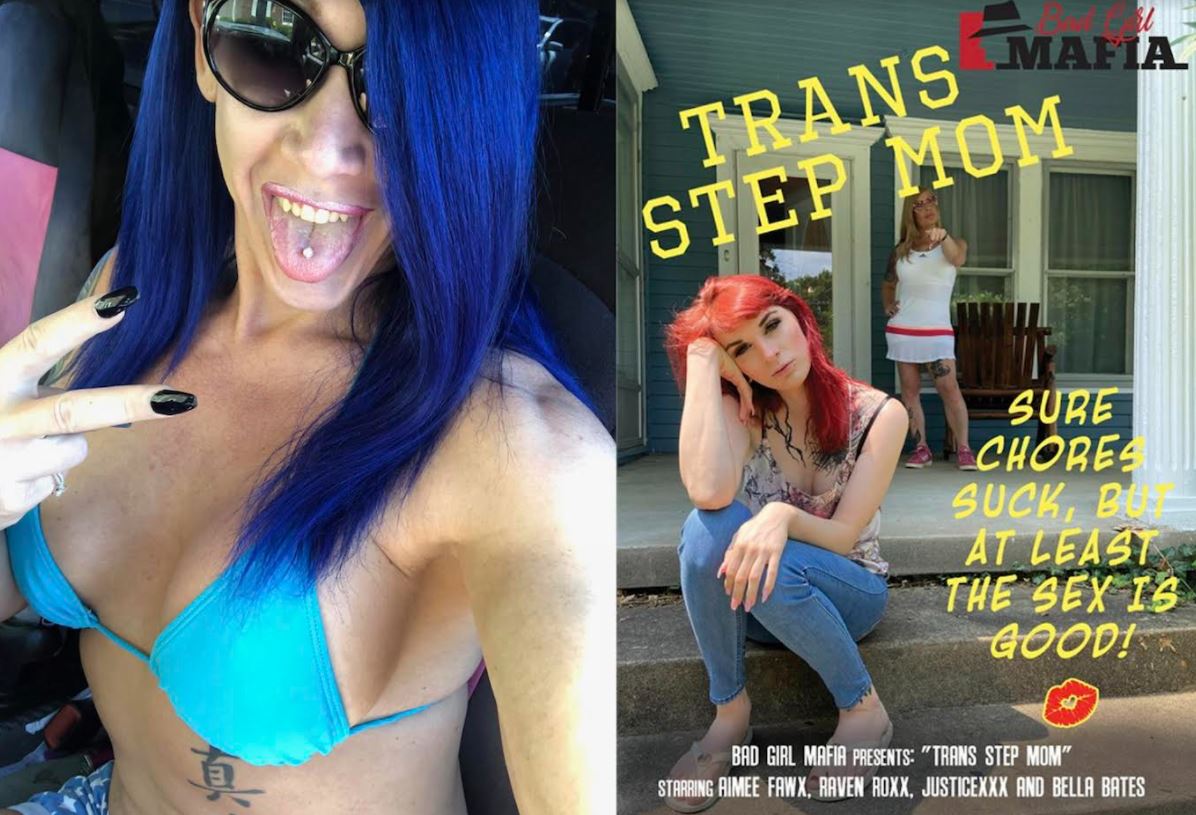 Bringing two of the most popular genres together, Trans and Taboo, Bad Girl Mafia’s Trans Step Mom was very popular last month on HotMovies when it made its debut. Now that it’s on DVD, the title will reach a much wider audience. The flick lives up to its tagline tagline “Sure Chores Suck, But At Least the Sex Is Good!” and stars Aimee Fawx, Raven Roxx, Bella Bates, and JusticeXXX and is directed by Lexis Steel. View the box cover and order the DVD at Adult Empire adultempire.com/3216932/trans-step-mom-porn-movies.html?qs=Trans%20Step%20Mom and other online adult e-tailers and brick and mortar adult stores across the country.

Retailers looking to pick up Trans Step Mom and other Bad Girl Mafia titles on DVD and/or acquire broadcasting and licensing rights can contact Keith Gordon of Joy Media Group at keith@bizarrevideo.com or 310.923.8919 ext. 2301.

“I’m so excited that more of our fans and supporters can make our first taboo title and pick it up on DVD. We’ve had rave reviews from fans and reviewers and are already thinking about our next taboo title,” says Kimber Haven.

Another place you’ll find Kimber is all over the 2021 Fleshbot Awards. She’s nominated for 5 awards including Cam Newcomer of the Year, Best Ass, Best Top, Best Fansite Presence, and Best Social Media Personality. Voting ends tomorrow, so register today, head over to fleshbotawards.com, click on the “Trans” tab, and look for her nominations to #rockthevote for Kimber.

Kimber is one of the most memorable performers in adult and has appeared in scenes on multiple Grooby sites and DVDs, WendyWilliams.com, Shemale Strokers, Sexpose TV, and her ModelCentro site, Kimber’s Playroom kimberhaven.com. She’s a frequent cam model on Chaturbate tskimber.com and enjoys lighting up the stage with her featuring dancing and doing stand-up comedy. In 2016, she started her production company, Bad Girl Mafia Productions, and weekly radio show, The Totally Inappropriate Radio Show, which is heard by 400k listeners worldwide on the Demon Seed Radio Network demonseedlive.com Saturdays at 3pm PST/6pm EST. 2021 brought a huge mainstream role and directing gig for the series Fluffer set to debut in early 2022.

Kimber’s an award-winning performer and cam model with two Fetish Con Awards for Best Transgender Fetish Alternative Performer and Best Transgender Alternative Cam Performer, as well as four Grossy Awards from Gross Misconduct Show and was inducted into their Hall of Awesome. Kimber has also received numerous nominations for herself and her studio, Bad Girl Mafia, from the AVN, XBIZ Cam, TEAs, Fleshbot, AltPorn, NightMoves, YNOT Cam, and Urban X Awards. She’s also graced the pages of Hustler and Transformation.