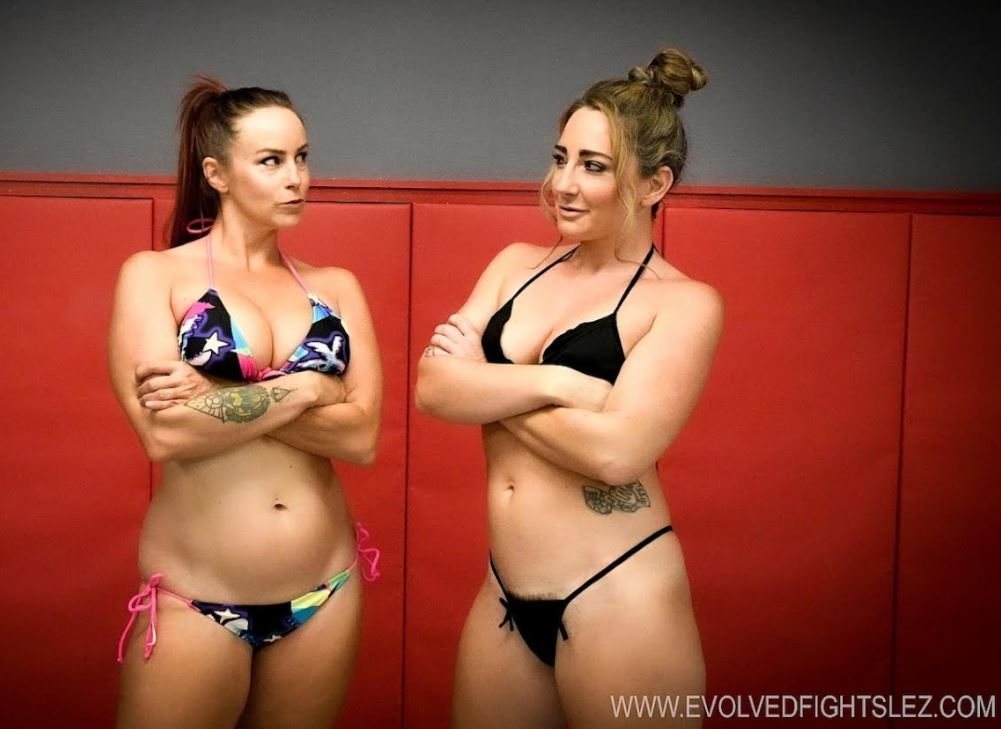 After four matches and 2 Semi-Finals, only two victors remain In Evolved Fight’s Lez Fall Brawl. This week, the highly anticipated Finals are here champion wrestlers, and all-around badasses Bella Rossi and Savannah Fox are taking each other for what could be the fight of the century. Both ladies have a similar fighting style and are horny, with each having their moment in the spotlight dominating and showing sexual aggression. The winner takes her time with the loser, and the loser takes her strap-on. It’s an amazing end to the fierce championship. Watch the trailer and exclusive 40-minute scene and check out over 200 pretty girl and action-packed photos. Head over to evolvedfightslez.com/updates/Bella-Rossi-vs-Savannah-Fox.html to get in on ALL the action!

“The match between Bella and Savannah is one of the best fights in the tournament, and their chemistry is undeniable. These ladies really kill it, but there can only be one winner who’s the Greatest Sex Fighter of All Time. This has been one of the most highly anticipated and watched Fall Brawls ever! If you haven’t watched it or are behind, now is the time to catch up and see who takes the title!” says Ariel X.

Not a member? Go to evolvedfightslez.com, click the “Join Now” button, pick your plan, and become a spectator of some of the greatest girl/girl matchups.

ABOUT EVOLVED FIGHTS
Having directed and performed in the wrestling genre for a decade, Ariel X started the unscripted, competitive, and mixed wrestling site Evolved Fights in 2018, and in 2019 launched the sister site Evolved Lez. The original site drew its name from her journey discovering the joys of fetish wrestling, and training and discipline. When she named the site, she hoped every sexual athlete who steps onto her mats gets the same character evolution that she has had. And viewers who watch the fights will never be the same and also evolve. Evolved Fights is all about playful, consensual power exchange that’s unscripted—both male and female professional adult talent can dominate their sex player at the end of the match, but they must earn it by winning. The scenes feature amazing talent, top names, loser/prize rounds, and incredible bouts. See what you’ve been missing and join evolvedfights.com and evolvedfightslez.com. Both sites scored 2021 Fleshbot nominations for Best Paysite Gay and Best Paysite ALT. Follow them on social media on Twitter @EvolvedFights and @evolvedLez and Instagram @evolvedfightsmodels and @evolvedfightslez.