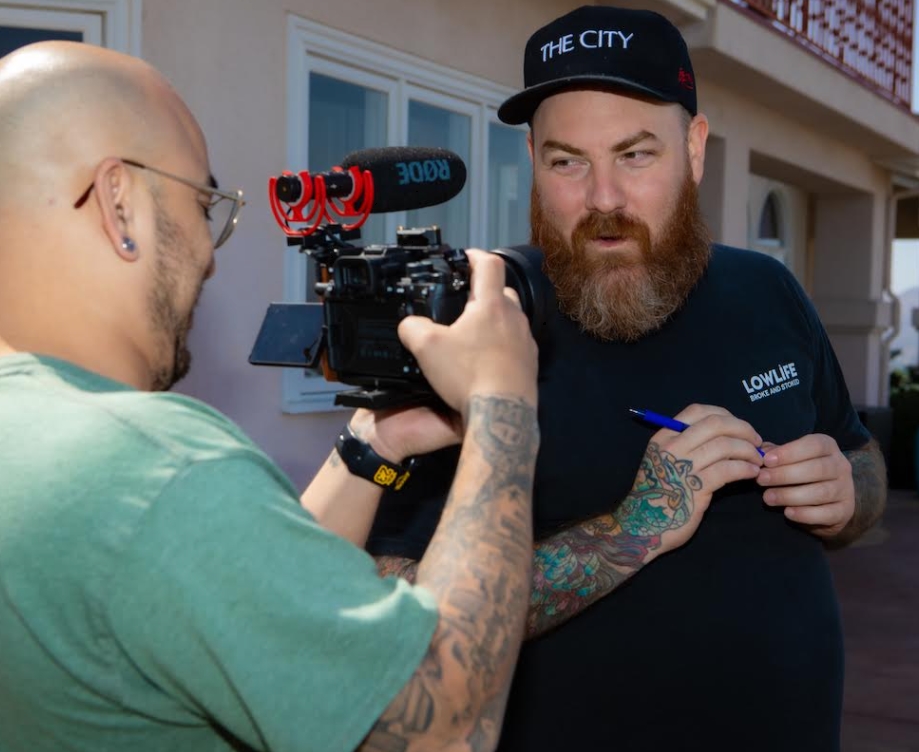 Chicago – On Sunday night, award-winning French Canadian adult director and writer Ricky Greenwood went into the awards show with 42 nominations in the mainstream, gay and trans genres. His odds of taking home multiple trophies were good, and he ended up winning some of the most coveted awards of the night.

On Sunday night, the 2022 XBIZ Awards took place at The Palladium in Hollywood—it was a star-studded event and well attended. Ricky and his talent and crews ended up taking home five awards. The first award of the night that Ricky won was All-Girl Movie of the Year for Adult Time’s Sweet Sweet Sally Mae. Charlotte Stokley presented the award, and along with the film’s star, Ana Foxx, accepted the award on stage. Then, Sweet Sweet Sally Mae won Best Sex Scene — All-Girl with Ana Foxx and Scarlit Scandal won, and Ana came up on stage again to accept the award.

The last three awards that Ricky scored wins for weren’t given on stage. For the third year in a row, Ricky won Director of the Year — Trans for his stellar work on projects for MileHigh’s TransSensual. Ricky also won for Best Sex Scene — Trans for TransSensual’s TS Love Stories 6 starring Casey Kisses and McKenzie Lee. And the last award of the night that Ricky won was Best Sex Scene — Gay for Noir Male’s “Dante & DeAngelo” starring Dante Colle and DeAngelo Jackson.

“This year’s awards looked incredible, and I’m sad that I missed it. I’m honored that my talent and myself won multiple awards. Sweet Sweet Sally Mae was filmed before COVID and was different than anything I’ve done adult. The cast and crew for the film were incredible, and Adult Time promoted it well. I’m glad it won multiple awards. Thank you, XBIZ, for also recognizing my trans and gay work this year, too,” says Ricky Greenwood.

For a complete list of the night’s winners, go to xbiz.com/news/264035/2022-xbiz-awards-winners-announced.

The multi-award-winning director and writer is known for his story-driven feature films, like Confessions of a Sinful Nun 2: The Rise of Sister Mona, Terror Camp, Talk Derby to Me, and Killer on the Loose. Over the past two years, he’s becoming known as a multi-faceted director that works in the straight, gay, trans, and lesbian realms, and has worked with top-shelf studios like Sweetheart Video, TransSensual, Icon Male, Marc Dorcel, Adult Time, AllHerLuv, and MissaX. Ricky has won multiple XBIZ Awards for All-Girl Movie of the Year, Best Editing, and Director of the Year — Trans three times, as well as Best Girl/Girl Release from the Urban X Awards and Best All-Girl Release Editor’s Choice and Best Feature Production Fans’ Choice from the NightMoves Awards. He’s also received over 300 award nominations for his directing, scenes, art direction, screenplays, cinematography, and editing in all the genres he works in from AVN, XBIZ, TEAs, Fleshbot, NightMoves, XCritic, Urban X, and Inked Awards. In 2021, Ricky was interviewed by Hustler in a piece that captures the iconic director in his element.