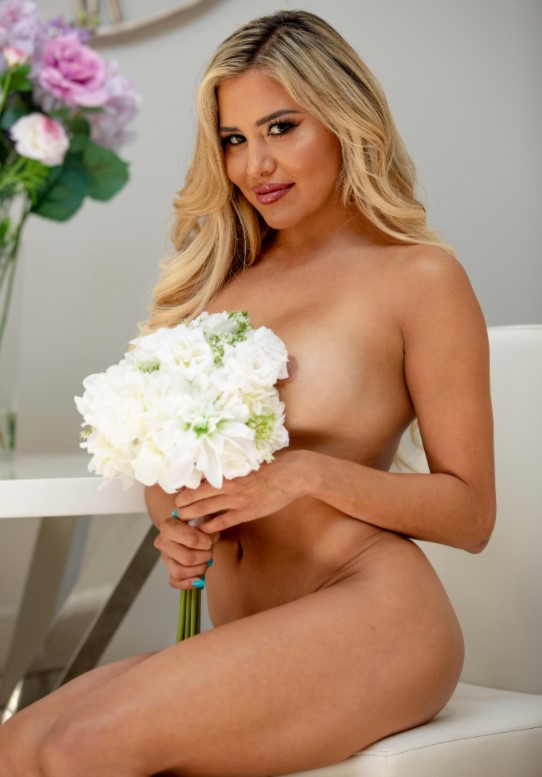 Chicago — Rising starlet Caitlin Bell caps off the whirlwind of her first seven months in the World of X with a fan-voted AVN nomination for Hottest Newcomer — her very first industry award nod.

“I am truly honored to even be considered for Hottest Newcomer,” said Bell. “This short journey has been nothing but exciting, fulfilling (in more ways than one), and such an incredible learning experience. I absolutely love my job! I have never met more supportive, intelligent, and talented people. I finally feel in my life that I am doing exactly what I’m supposed to. The future looks bright and I wake up every day happy, healthy, and confident that today is going to be a great day at work!”

Fans can vote for the blonde beauty every day until Noon PT on January 22, 2022—the same day as the 39th annual AVN Awards Show — via AVN Stars at https://stars.avn.com/avn_awards/voting/15. Fans must be registered on AVN Stars to participate, and those who aren’t yet can register here.

“I didn’t steal the groom, I just borrowed him for a little while,” Bell joked.

“First of all, I have never been married nor have I been a bridesmaid so I have to say there were a lot of firsts for me here. Most notably, it was also my first time working with Keiran Lee, so I was a little nervous. The guy’s a star and an amazing performer. So, the pretty girls holding a bouquet was the start of a whole new world for me!

“Stealing the Groom” is now available for download here.

Of Spanish, Mexican and Native American descent, Caitlin Bell hails from Las Cruces, New Mexico, just across the border from Juбrez, Mexico. She studied Human Nutrition and Food Science at New Mexico State University until a visit to Atlanta, Georgia led to an offer to work as a promo model and brand representative for a tequila company.