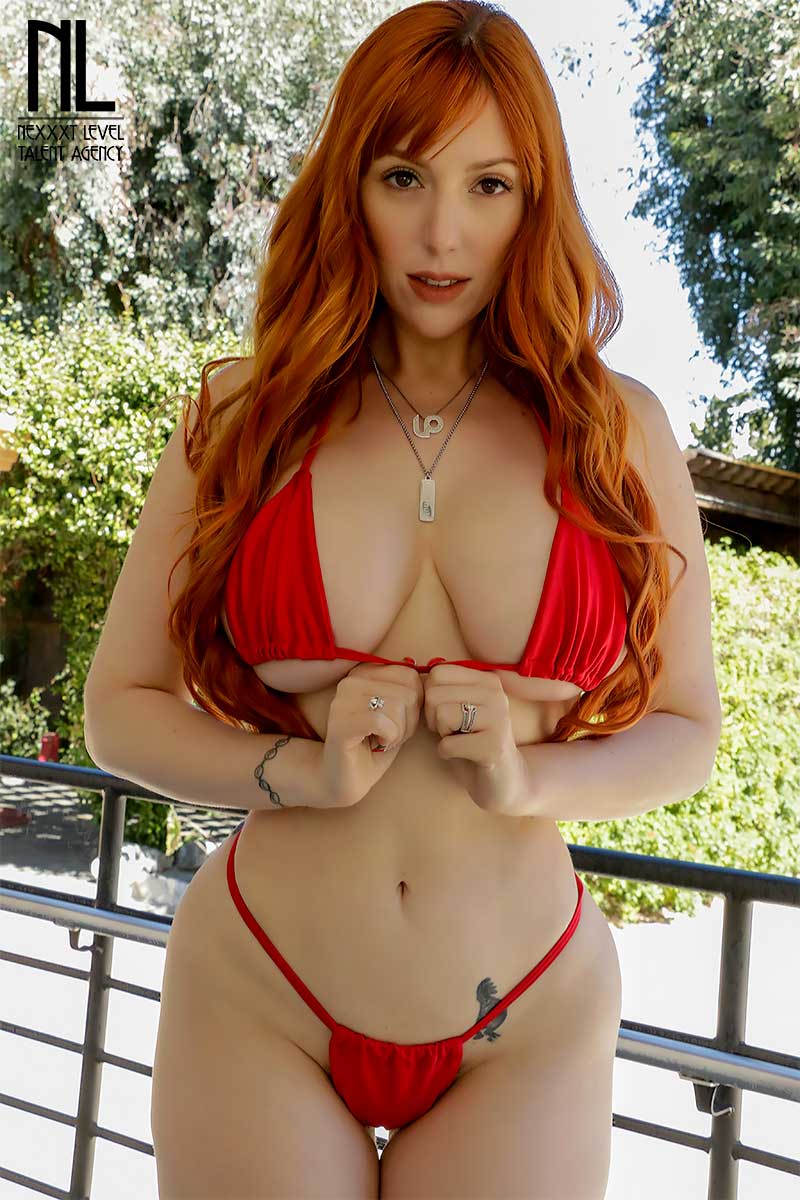 Late last week, the TEAs announced their 2022 nominees, and Lauren Phillips made the coveted list again. She’s up for Best Girl/Girl Scene for her scene “Taming the Wolf” with Janie Blade for Kink.com’s TS Pussy Hunters series. Directed by Sadie Lola, the scene’s premise revolves around Lauren being bitten by a werewolf, and before the next full moon she’ll grow fangs and pointy ears and ravage the city. She and Janie drive to a remote place where Janie can chain her up. The next morning, Janie finds Lauren on the ground with the chains broken. Fearing the worst, Janie comes up with a new way to restrain her with leather belts. Then, Janie breaks out an electric wand, zaps her tits, licks her pussy, and uses a vibrator on her. Once her dick is hard, Janie unchains Lauren and shoves her dick into her fanged mouth. Janie gets so hard, and bends Lauren over a table to get her from behind. Watch the trailer and full scene at kink.com/shoot/103087.

“I love working for Kink, and my TS Pussy Hunters scene was really incredible, and I’m glad the TEAs recognized it with a nomination. I’m excited that the show is happening in person and will definitely be there!” says Lauren Phillips.

The TEAs are happening on Sunday, March 13th, 2022, at The Avalon in Hollywood, CA. Presented by ManyVids, Domino Presley will serve as the Mistress of Ceremonies. For a full list of nominees, go to theteashow.com/2022-nominees.

Keep up with what the star and entrepreneurial genius by following her on Twitter and Instagram at @LaurenFillsup and Snapchat at @missfillsup. See all her sexy adventures on her recently relaunched official site laurenphillips.com with all an all-new design and features including an online store that has her 1amdollusa 3V Starlet Stroker and much more. Buy her branded merchandise at teespring.com/stores/laurenfillsup. Gamers can interact with her on Twitch twitch.tv/laurenphillips on Thursdays and Sundays at 6pm PST/9pm EST. Go BTS and subscribe to her Premium Snap thefirebush.com and free onlyfans.com/laurenfillsup and paid OnlyFans onlyfans.com/akathefirebush. Buy her clips on ManyVids laurenphillips.manyvids.com. Talk dirty and text her on SextPanther sextpanther.com/lauren-phillips. Watch and “like” her Pornhub videos at pornhub.com/pornstar/lauren-phillips or go premium and buy her Modelhub videos modelhub.com/lauren-phillips. And get her links in one place at laurenphillips.fans.