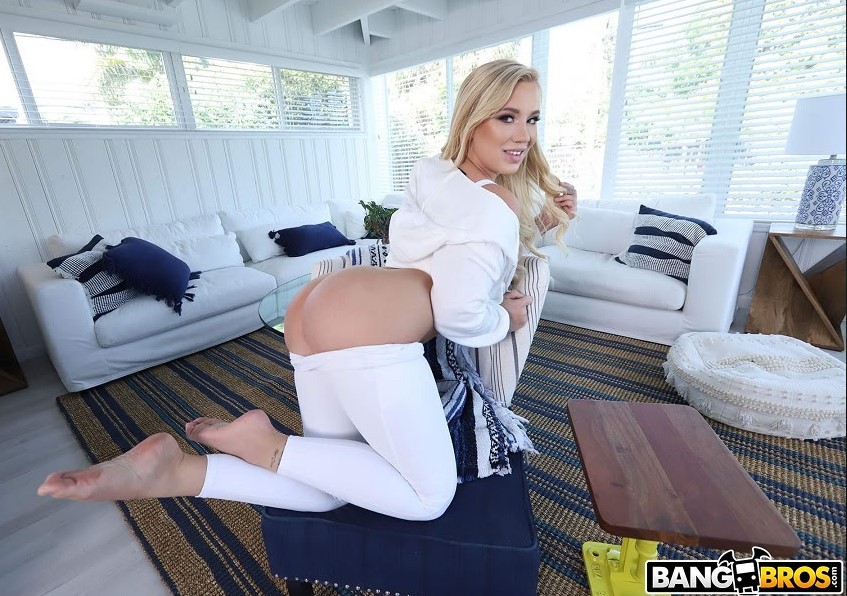 Chicago – All natural blonde beauty Bailey Brooke is treating fans to a sexy new scene from Bang Bros, ‘Blonde and Big Assed’ – her first for the studio in 3-1/2 years – available now exclusively at BangBros.com.

The boy-girl pairing with Peter Green, part of the brand’s Ass Parade sub-site for backside enthusiasts, gets to the bottom of her bare essentials, with a slippery oil rubdown and a special spotlight on spanking, smacking and vigorous bum play between the two.

“I am so excited about this big booty scene that I can bare-ly contain myself!” said Brooke of the tush-centric performance. “I tease the camera in a stretchy skintight white exercise outfit that is form-fitting in all the right places, and the fun really begins when Peter enters the room and has his way with me right then and there. Who’s ready to join me for a little bum fun?”

The Virginia-born-and-bred Brooke launched her career in October 2015 after working as a successful webcam model to earn money for college. It wasn’t long before talent agents in Los Angeles and Miami came calling, urging her to try her hand as a performer for some of the top studios in the business.